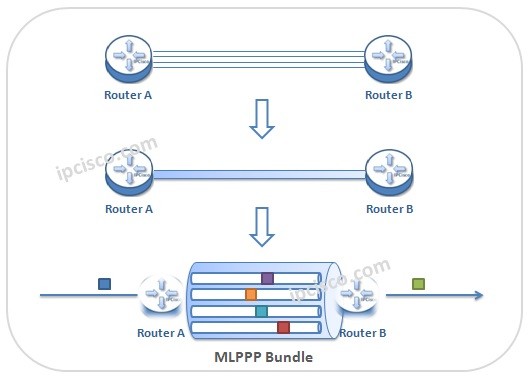 MLPPP (Multilink Point-to-Point Protocol) is the protocol that bundles multiple serial wan links into a one Logical Bundle. As a name, PPP Multilink, MLP and MP are also used for MLPPP (Multilink Point-to-Point Protocol). Here, we will learn the theorical parts, to learn How to Configure MLPPP on Cisco devices, you can also view MLPPP Configuration lesson.

There can be multiple PPP serial links between two nodes. With MLPPP, these links are bundled and become a single logical link. 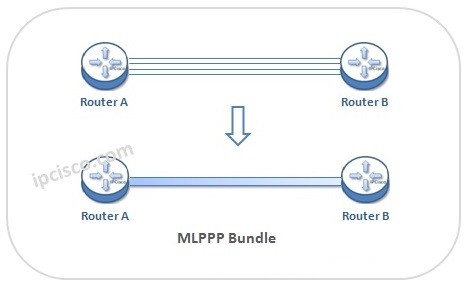 In PPP Multilink, Load Balancing is used between the member links of the Logical Link. The traffic is shared between ea linkh of these links. Load Balancing  is used with fragmentation in MLPPP.

MLPPP provide Fault Tolerance with multiple links to the same destination. If one of the links between the nodes fails, the link stays up and the communication continues. With this mechanism, MLPPP also provide redundacy between links.

Here, if the coming packet has MLPPP Header, it is fragmentad and sequenced and at the other end it is reassembled. If it is not, the packet is not sequenced and send only as first come first sent.

In TCP/IP Model, PPP Multilink works in the Network Interface Layer like PPP. But it is above the PPP in the hierarchy. 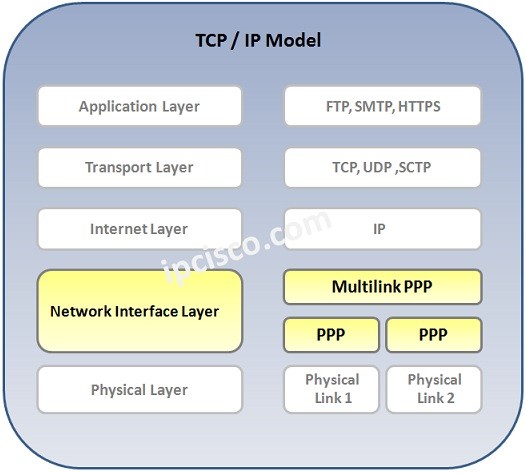