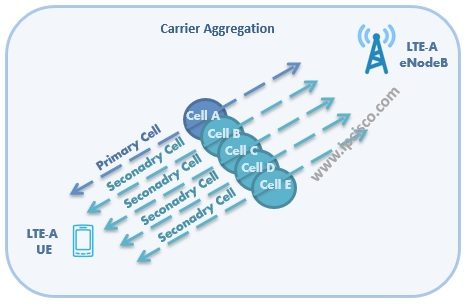 Carrier Aggregation is the most important feature of 3GGP Release 10 LTE Advanced. With this feature, eNodeB schedules capacity from multiple cells to the User Equipment. By this way, hig data rates are reached. 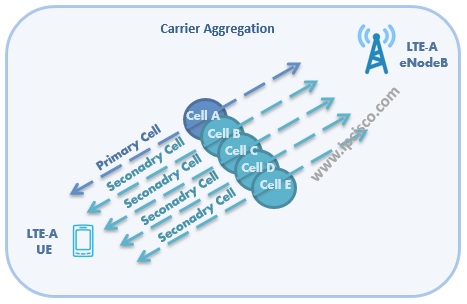 In LTE for capacity expansion, MIMO(Multiple Input Multiple Output) feature is used. This is done via spatial multiplexing and multi-antenna techniques. In LTE-A, this feature enhanced. 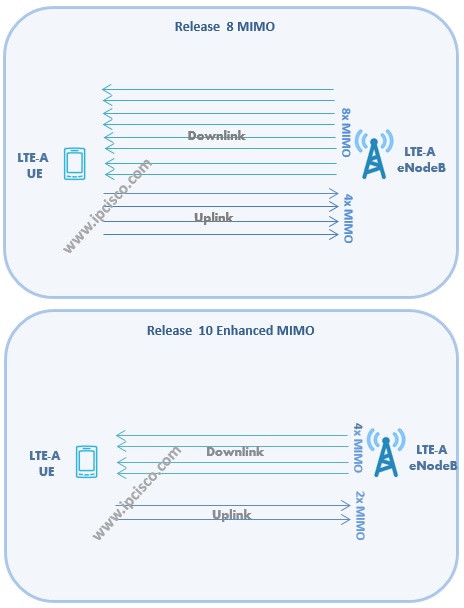 With LTE Relay nodes, the signals from the eNodeB is repeated and this provides the coverage of the uncovered parts because of large buildings, hills etc… 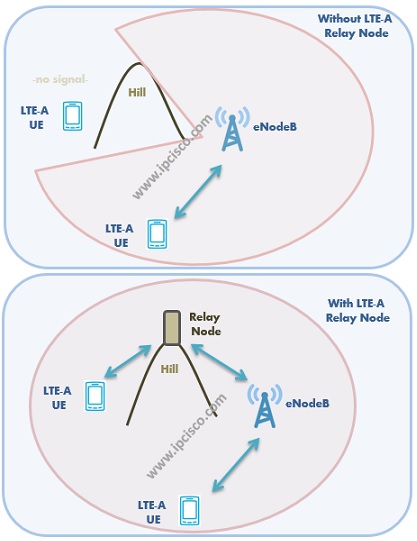 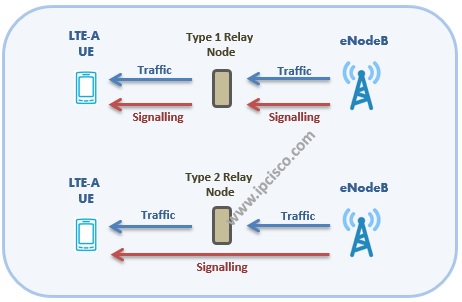