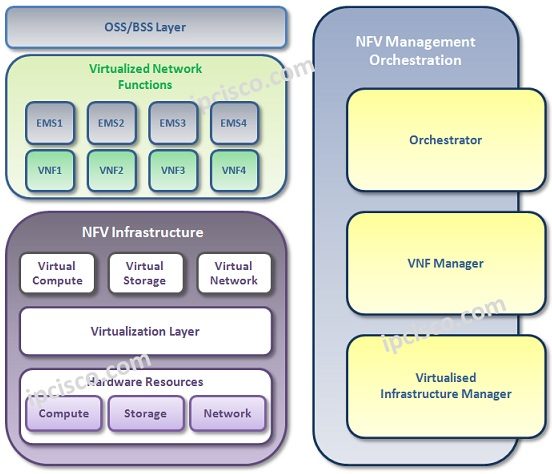 Let’s talk about each of these elements one by one.

NFVI (Network Functions Virtualization Infrastructure) is the part that is consist of hardware and software elements of the network. NFVI has sub parts, these parts are: 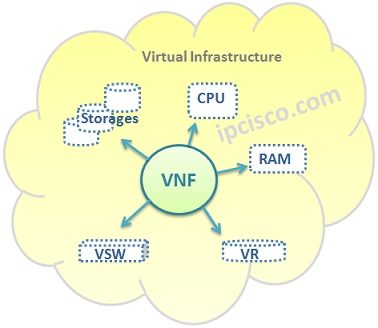 Virtualization Layer is the place that virtualization is done, it is the layer of Hypervisor. Virtual resources like Virtual Network, Virtual Storages and Virtual Servers are above this part.

Virtualization Layer decouples the hardware resources of the NFVI. It compute, storage and network resources are emulated. It is responsible abstracting the physical resources and by doing this VNF uses this resources as independent. 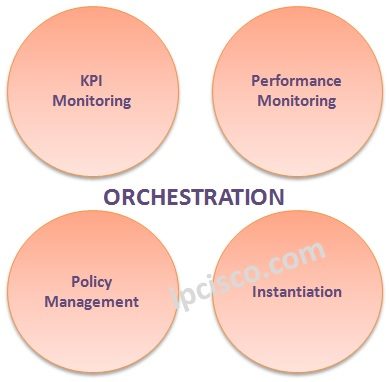