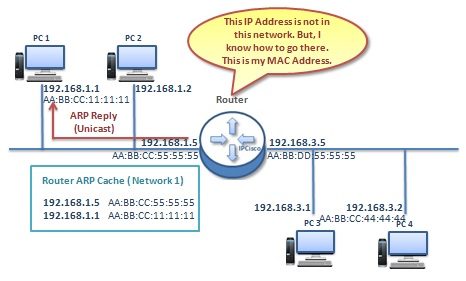 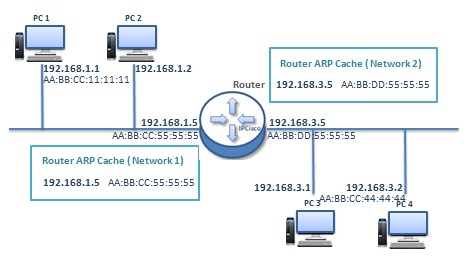 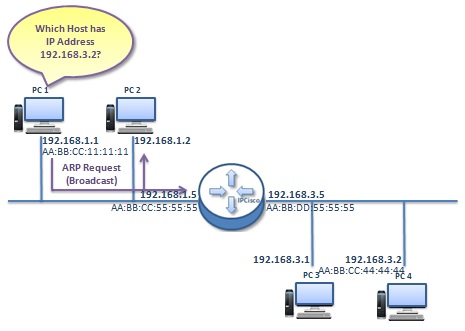 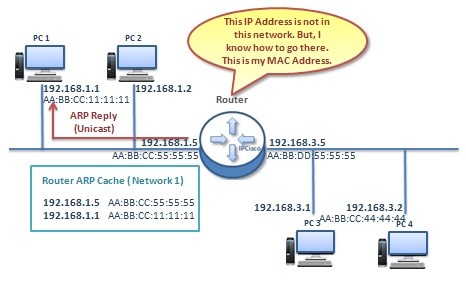 Router detects that the destination is not in this network. So, it sends an ARP Reply to PC 1 with its own MAC address. This message means that: 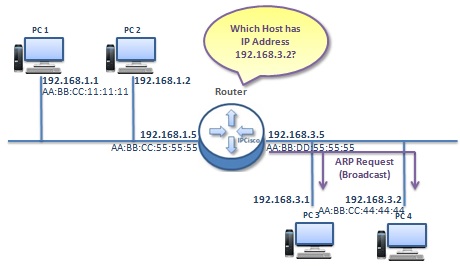 Router checks its ARP Cache and it does not find any record about PC 4’s IP address and MAC Address.So, it sends a broadcast ARP Reply to the second network.