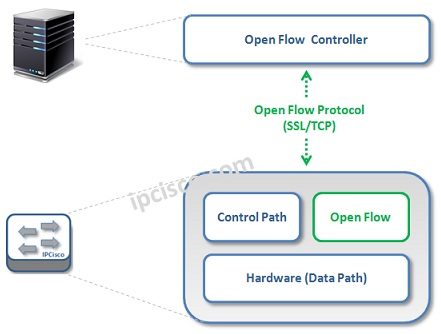 Open Flow is a Standard based Layer 2 Communication protocol used between Controller and Switch in SDN. It allows to access to the Forwarding Plane of the network devices. OpenFlow was standardised by a non-profit consortium, Open Networking Foundation (ONF) that has many network vendors as a member. This protocol had firstly developed for testing the new protocols in campus networks. But later, it has evolved to used in SDN.

Generally, Open Flow is mixed with SDN. But this is not true, SDN is not Open Flow. Open Flow is a subset of SDN. Let’s see the difference of these two terms. 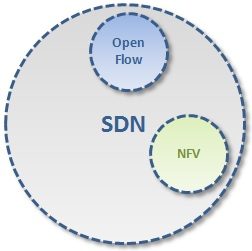 SDN (Software-Defined Networking) is the name of the general new network concept that seperate forwarding plane and control plane of the network. It is the top term, that includes Open Flow, Controllers, Network Devices etc.

Open Flow is the protocol used in SDN, that is used to communicate forwarding plane and control plane of the network. In other words, the communication between Controller and the Network Devices are done with Open Flow. It allows operations, manuplations on Network Devices over Open Flow Interface.

Open Flow has some common roles. A nice summary of these roles are given below:

The fisrt version of Open Flow was Open Flow 1.0. After the beginning through today, six versions has developed. These versions are :