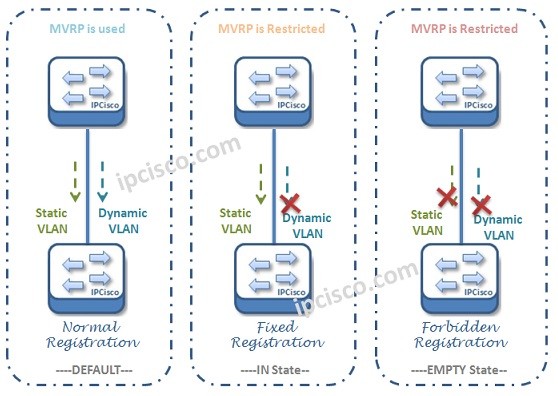 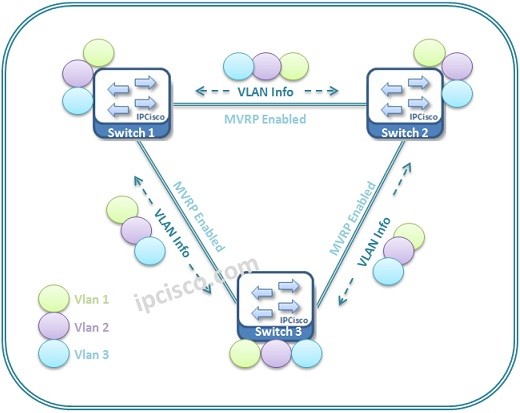 MVRP reduces the VLAN tasks by managing VLAN register, unregister, renaming and other VLAN related issues. The main idea is the same with the other protocols that does the same job. The idea is, configuring VLANs on one switch and distribute it to the other switches.

MVRP sends the 4094 VLANs’ state in one PDU. It also support triggered TCNs (Topology Change Notifications) for a specific VLAN. This feature is very important and critic for large Service Providers.