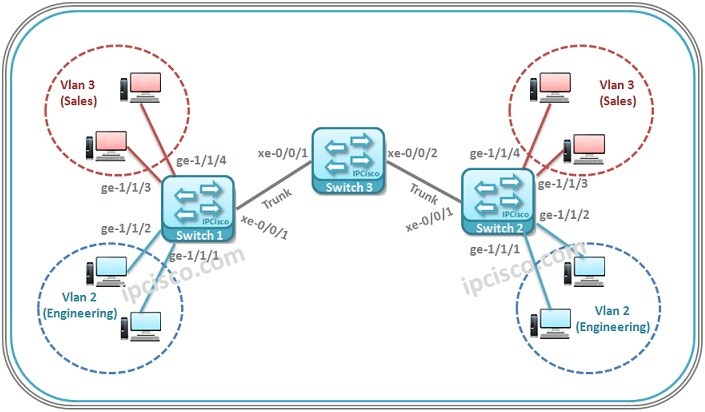 MVRP is the protocol that provides dynamic VLAN registration and creation. The counterparts of MVRP are Cisco VTP and standard GVRP. MVRP is an enhanced version of these protocols.

Here, we will focus on how to configure MVRP in Juniper switches. We will use EX Series of Juniper for this MVRP Configuration example.

For our MVRP Example, we will use the below VLAN topology.

Firstly we will create our VLANs on Switch 1. We will do this with “set vlan vlan-name vlan-id vlan-id” command.

Then, we will assign interfaces to these VLANs.

After that, we will configure the Trunk Interface.

And now it is time to configure MVRP. We will enable MVRP on the Trunk Interface.