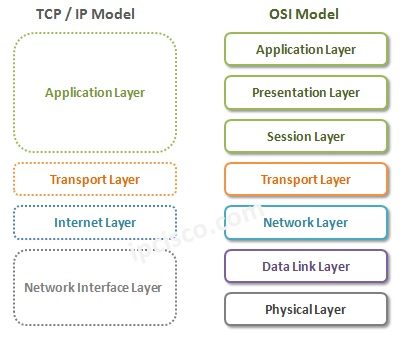 TCP IP Model is another important referance model beside OSI Model in network world. OSI Referance Model was Seven Layered model, TCPIP Model is Four Layered or Five Layered Model. The four layer model is old one. The new one is five layered tcpip model. In common, they model the same thing. But, borders of the Layers of different models, are different. 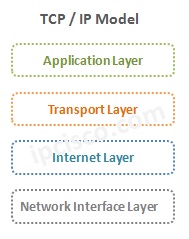 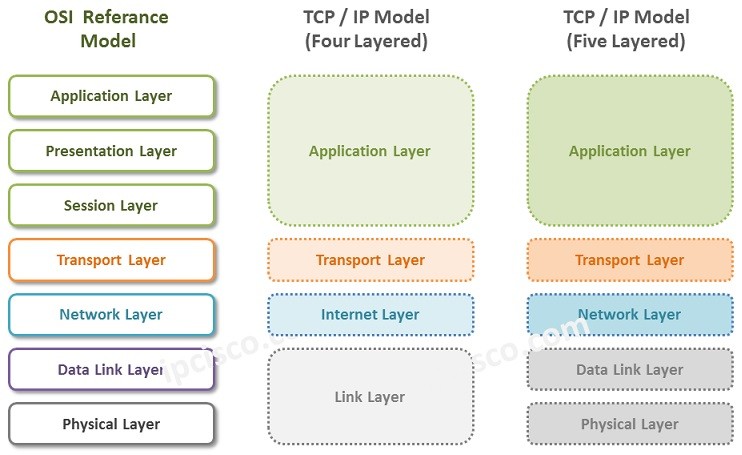 Let’s check Five Layered TCPIP Model Layers one by one.

Physical Layer is the First Layer of TCPIP Model. The transmission of bits, network cabling is in the responsibility of this Layer. Here, the specifications of cables an cable connectors are very important.

The Data Link layer is responsible for creating the frames that move across the network. The packets are encapsulated by by these frames. MAC address is used to identify the source and destination address here.

As you see, the Protocols used in a network is the same. Only the Referance Model and its Layers are changing theorically.

TCPIP Model combines some of the Layers of OSI and behave like one Layer. Instead of OSI Physical Layer (Layer 1) and Data-Link Layer (Layer 2), TCP IP Model use Network Interface (Network Access) Layer. Network Layer of OSI is changed as Internet Layer in TCP/IP Model. The Transport Layer is the same as OSI Referance Model. Lastly, TCP IP Model mix the three Upper Layers of OSI Model, into one Application Layer. 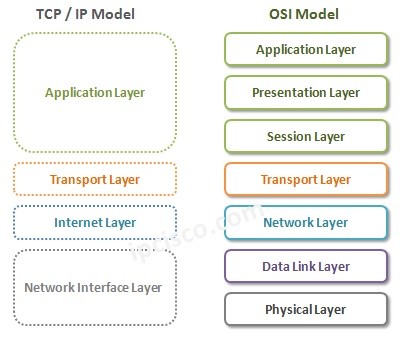 Let’s look at these picture from one end to another end. Let’s think about that, a user in a network wants to send an eMail to the other user in another network. How will the data process?

As you can see above, the data transmission starts from the PC. Beginning with the Application Layer, in each Layer, an additional Header is added and at the media, it is sent with 1s and 0s.

At the other end, this time the Headers are stripped in each Layer and, pure Data is transmitted to the PC.