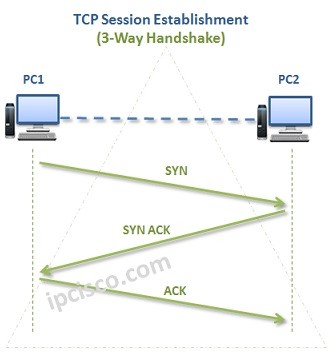 TCP (Transmission Control Protocol) is the most important Transport Layer Protocol. It is also one of the important Protocols of network world.  The other Transmission protocol is UDP. We will talk about these two protocols in TCP vs UDP lesson. TCP is used in many cases in the computer networks. Here, we will focus on an overview of this important Protocol.

Three-way Handshake mechanism consist of three messages as its name implies. These Messages are :

Four-Way Handshake mechanism consist of two messages sent fom both ends, in total 4 message is sent. These messages are : 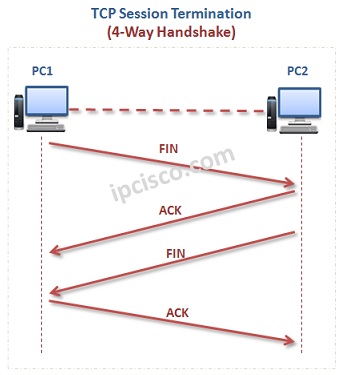 TCP is a Secure and Reliable Protocol. TCP guarantees the Transport of the data. It controls the bits with ACK mechanism and if are there any missing bits it Retransmits these missing bits. So, it prevent data loose. TCP is for the applications that require high reliability. 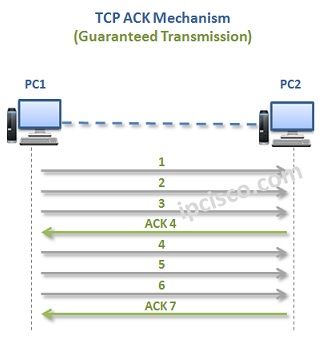