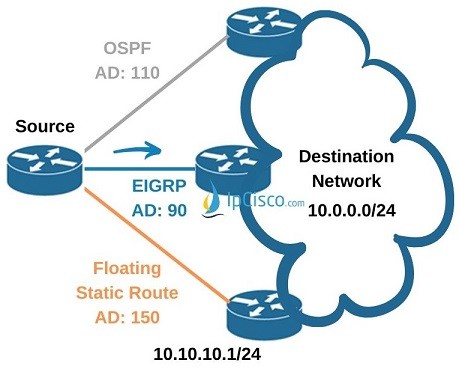 As you can see below, there are two rotues to reach 30.30.30.0/24 network. One of the is the short way and the other one is the long way. Here, we will not change the default administrative distance of the first static route. So, the prefered static route will be this route. But, we will change the adminstartive distance of the second route as 5. By doing this, we configure a floating static route. If there is a failure in the first route, for example igf Router B becomes down, the second way will be selected through Router D and Router C that we have defined with floating static route.

To provide the full connectivity in this topology, we should add additional static routes. But here, for not to mix your mind, I willl not write these static routes. 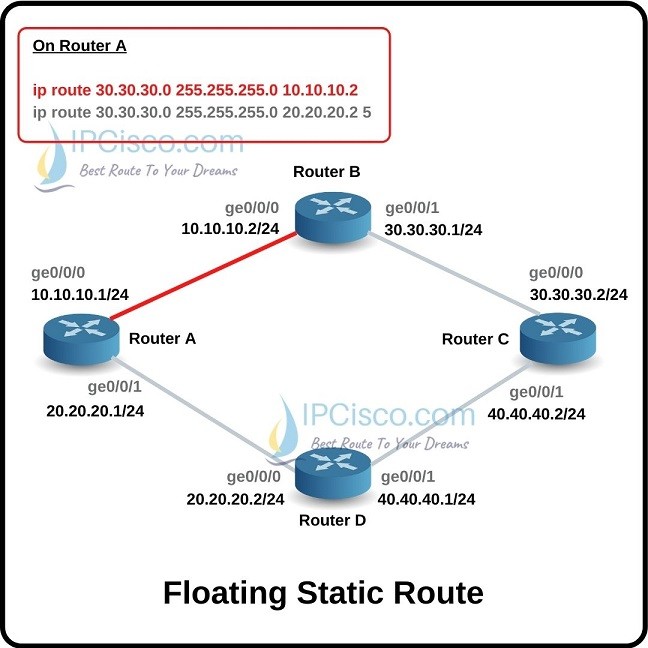 Let’s explain this with a scenario. Think about that we have three routes to a destination. One is learned by OSPF, the other is learned by EIGRP and the other is defined as static route. Normally, the admnistrative distances of these two routes are like below: 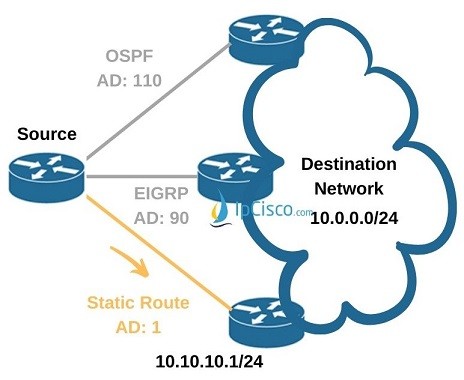 To change this behaviour, we can define a Floating Static Route instead of this Static Route. For example, we can give an Administrative distance 150 to this floating static route and in this new situation, this route is not selected as Best Path. Instead, the routing protocol that has the lowest Administrative Distance is elected as Best Path. In our scenarios, this is EIGRP.

We can also check the Routing Table with “show ip route” command to check the selected Best Path.

You can find some of the default Administrative Distance values for Cisco below: