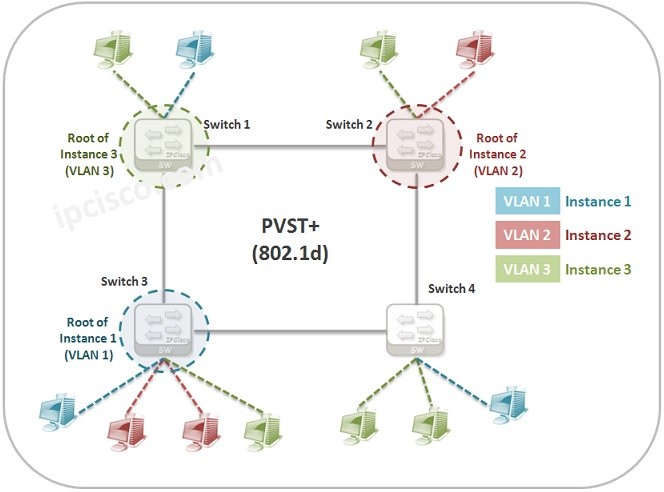 PVST+ (Per VLAN Spanning Tree Plus)

PVST+ (Per VLAN Spanning Tree Plus) is a Cisco proprietary STP version. It is also the default STP version for Cisco devices. It is the standard named 802.1d. In another lesson, we will see the configuration of PVST+ on Cisco Routers.

In normal STP, CST (Common Spanning Tree), only one instance can be used for the whoşe network. There is no specific instances per VLAN. 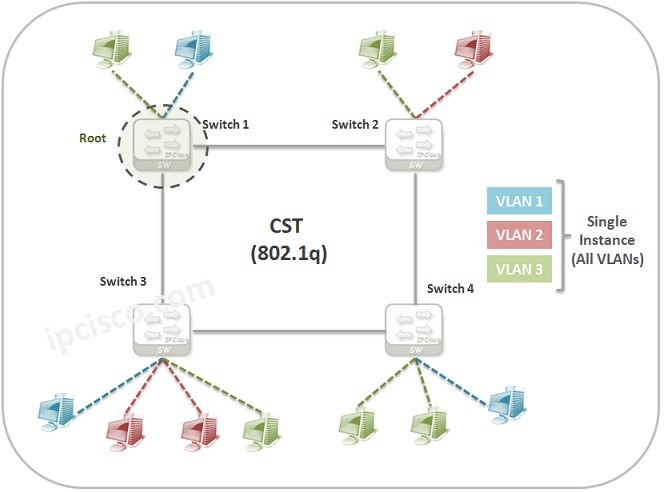 PVST+ (Per VLAN Spanning Tree Plus) creates an instance for each VLAN and in each instance, a different STP process occurs, a different Root bridge is selected, different port roles are used etc.

For the network performance, PVST+ is a better selection than STP. Because, in PVST+, STP process is done for a small group of devices, for the devices in the same VLAN. Not for the whole devices in that network.

The performance is better in PVST+ than normal STP (CST), but, here the CPU and memory usage are more. This is one of the disadvantages of  PVST+. Beside, the convergence time is also higher than CST in PVST+.

Another important advantage of PVST+ is providing a  good load balancing.

Rapid PVST+ (Rapid Per VLAN Spanning Tree Plus) is also a Cisco proprietary STP version. Again, it has an instance for each VLAN and each VLAN has a separate STP process. 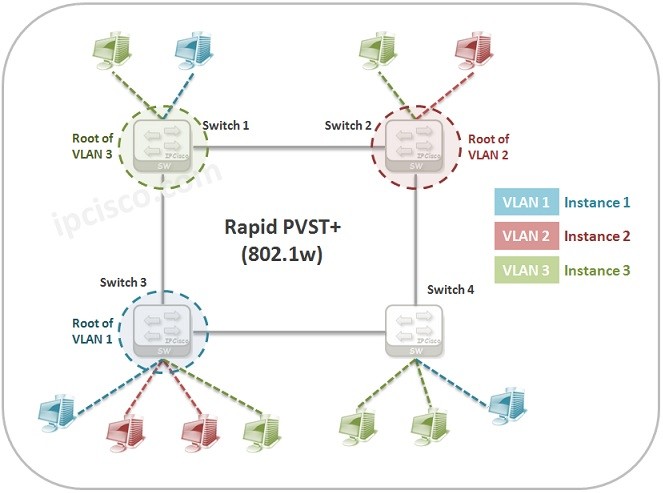 It has a faster convergence advantage if we compare it with PVST+. Beside, PVST+ (Rapid Per VLAN Spanning Tree Plus) need more CPU and memory resources than PVST+.

RPVST+ has four states. These states are also the states of MST (Multiple Spanning Tree) that we will discuss later. RPVST+ States are given below: