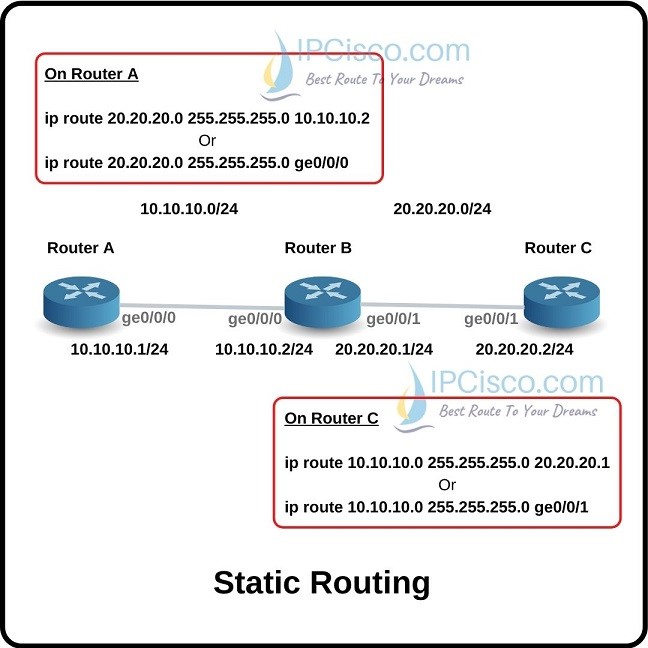 In computer networks, routing can be done with two methods. One of them is Static Routing and the other is Dynamic Routing. Static routing is the manual method of routing and Dynamic routing is the routing that is done with the help of Routing Protocols. In static routes the administrative distance is as default value. There is also another staatic routes called floating static routes that we can change administrative distance of this routes.

To configure a static route, we use three parameters. These parameters are given below:

For the last parameter, we have two different ways. If we use Next Hop IP address, this shows the router that the traffic will go after our router. Here, we use the interface IP address of the router that we will pass through on the way to the destination.

Let’s give an example and understand static routing better. In the below topology, there are three routers and two networks. The end routers are directly connected to only one network, so they do not know the other network. So, with static routes, we need to teach the other network to each of them on both routers. So, we will configure static routes on Router A and RouterC.

BECOME A MEMBER
Back to: CCNA 200-301 > Routing Fundamentals