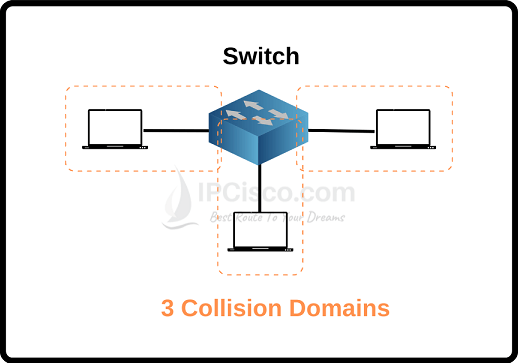 In networking, different network devices are used for various reasons. Hubs, switches, routers and other devices are used to provide specific roles in a network. There are some terms which is very important for these devices and their roles. These terms are Collision Domain and Broadcast Domain. Here, we will learn the details of these terms and we will explain them one by one. We will also compare these two terms and focus Collision Domain vs Broadcast Domain. We will also give different examples with different topologies to understand the concept of these terms. This lesson is simple but important for Cissco CCNA 200-301 Certification.

Before explainning these terms, let ‘s firstly explain domain. What is a domain in networking? A domain is a network that has different network devices connected to it.

What is Collision Domain?

Collision domain is a single physical line that a collision can occur. In other words, it is a network domain that allows only one device to transfer data at a time. If one more device tries to send data at the same time in a collision domain, collision occurs. This means that there will be data loss. Let’s give some examples for collision domain.

For example, simple hubs have one collision domain and one broadcast domain. So, only one node that is connected to this hub can make a data transfer at any time. If another device tries to make data transfer, this data is not reached to the destination. 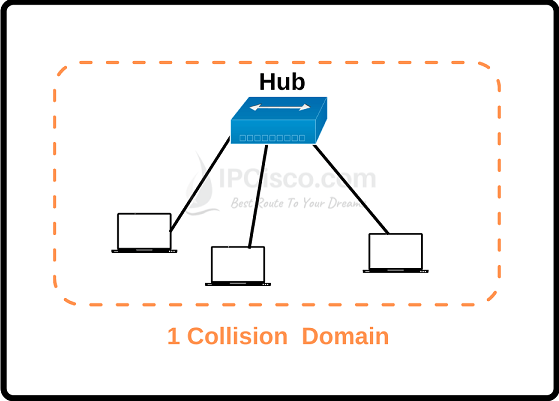 For routers, this is similar to switches. Each port of a router is one collision domain. 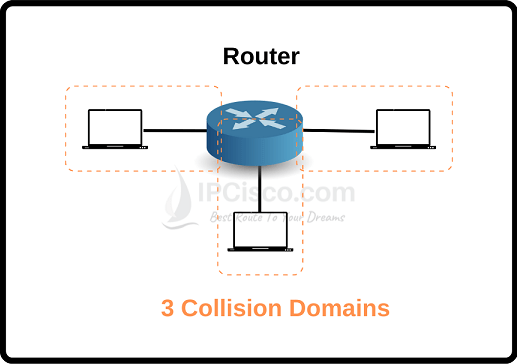 What is Broadcast Domain?

To understand this better, let’s give an example. A hub is one broadcast domain. 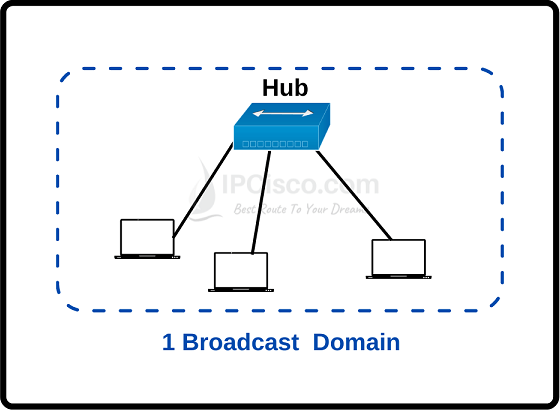 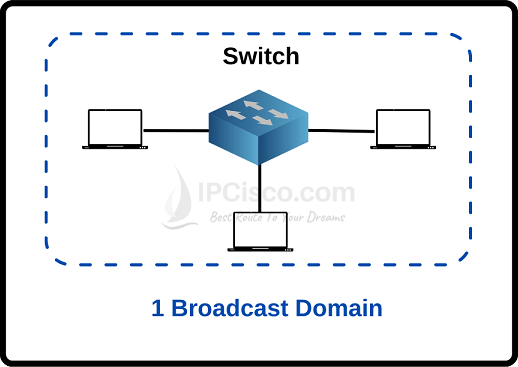 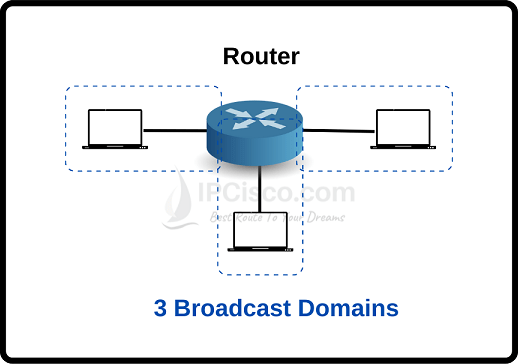 You can check all CCNA Flashcard Questions here.