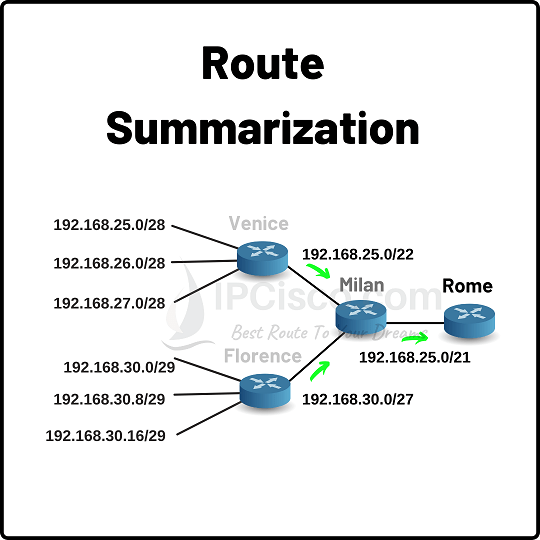 What is Route Summarization?

Think about this. When we advertise routes, we need an update packet and this update packet size increases with every new route. This consumes the bandwidth. This is not a problem for small number of routes. But if we think on the routes in the world, this bandwidth consumption reaches a very high value. So, one of the reasons of using Route Summarization is reducing bandwidth usage.

Another reason of using Route Summarization is the CPU usage during routing on route tables. If route tables have too much routes, this needs more time.  But when we use summarize routes, we reduce routing table size. And this reduces the CPU usage and the required time for routing.

How to Summarize Routes?

We have learned what is Route Summarization. Now, it is time to learn how to use it. Below, there is an example topology that contains four routers from different cities. 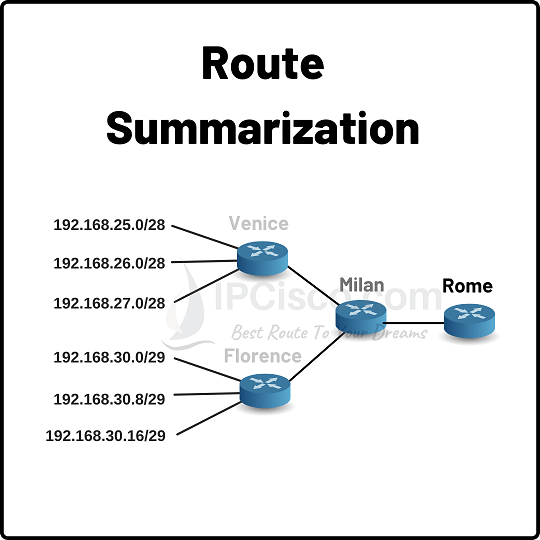 As you can see above, the first 22 bits are common in these three routes, so our summary route will be: 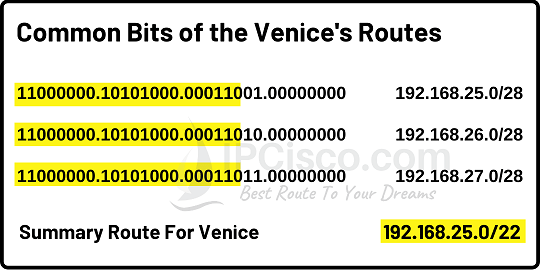 According to these 27 common bits, our summary route will be: 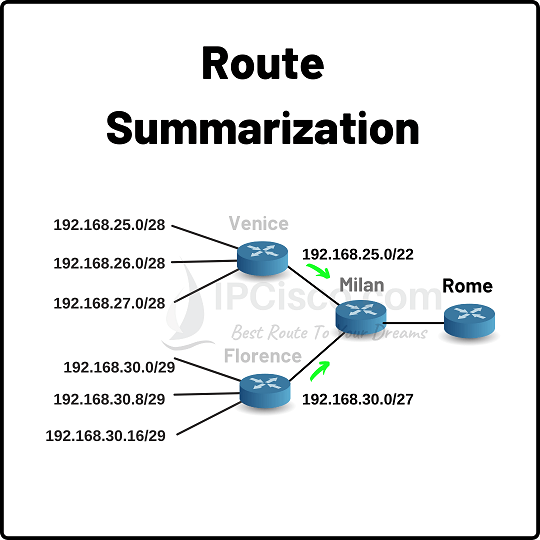 On Milan, there will be two routes and we will summarize these routes too. To do this, again, let’s write the routes in binary format and find the common bits:

According to binary bits, we have 21 common bits. So, the summary route for these routes will be:

From Milan to Rome, only one summary route will be sent for the 6 routes of Venice and Florance.

As you can see here, with Route Summarization, route numbers reduce extremely. This reduces the bandwidth and used CPU by routing.

BECOME A MEMBER
Back to: CCNA 200-301 > Routing Fundamentals