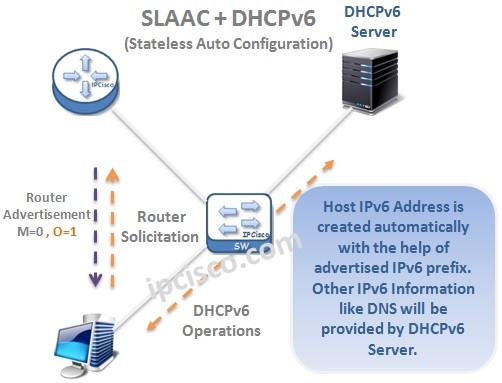 Stateless Address Auto Configuration (SLAAC) is the IPv6 Auto Configuration technique that is done automatically on the hosts with the help of IP Prefixes coming from a router with Router Advertisements (RAs). Here, EUI-64 format can also used together with the sent IP Prefix by the router. In this type of Auto configuration, in Stateless Auto Address Configuration there is no need to track any address information like Stateful, DHCP technique. 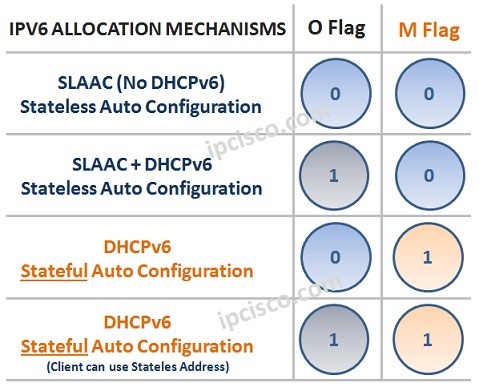 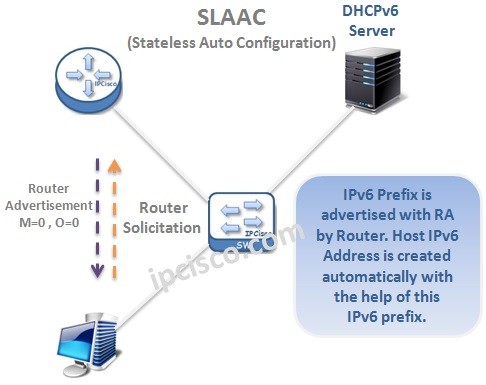 With NDP (Neighbor Discovery Protocol), hosts learn Link prefixes from the Routers. Routers send RAs (Router Advertisements) with a Prefix. And hosts create a EUI-64 format address with the help of their MAC address. After that they combine the Prefix coming from the router and the created EUI-64 format address. This  is called “SLAAC (Stateless Address Auto Configuration)”.
BECOME A MEMBER
Lesson tags: IPv6, DHCPv6, SLAAC
Back to: IPv6 Course > DHCPv6