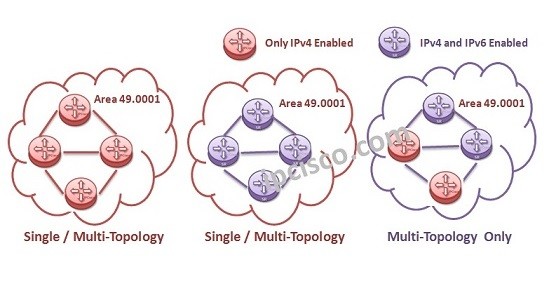 ISIS is one of the important Link-State protocols. With entrence of IPv6 to the network world, Intermediate System to Intermediate System also need to uptade itself for this new Routed protocol. So, ISIS for IPv6 is developed. In this lesson, we will focus on theorical parts of this IPv6 Routing Protocol. In another lesson, we will learn ISIS for IPv6 Configuration on Cisco Routers.

You can also test your IPv6 Knowledge on IPv6 Questions Page. 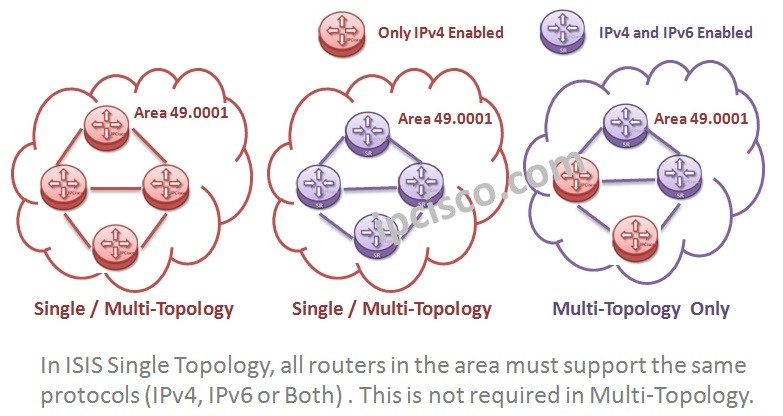 Single topology and Multi-topology has some different characteristics. What are these differences? 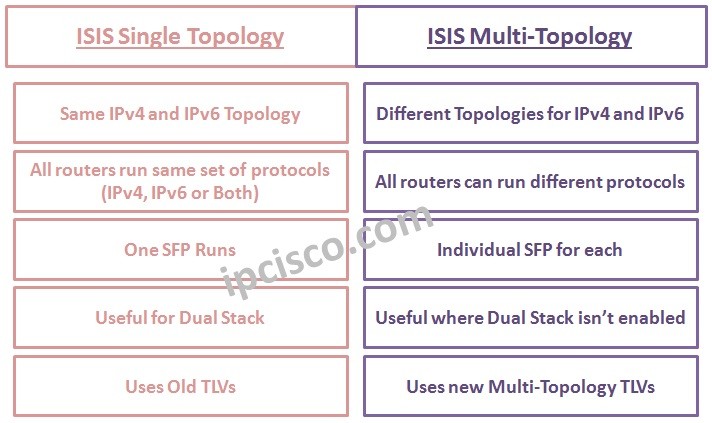 In ISIS for IPv6, new topology ID is given to IPv6 topology. Now, the topologies are like below: