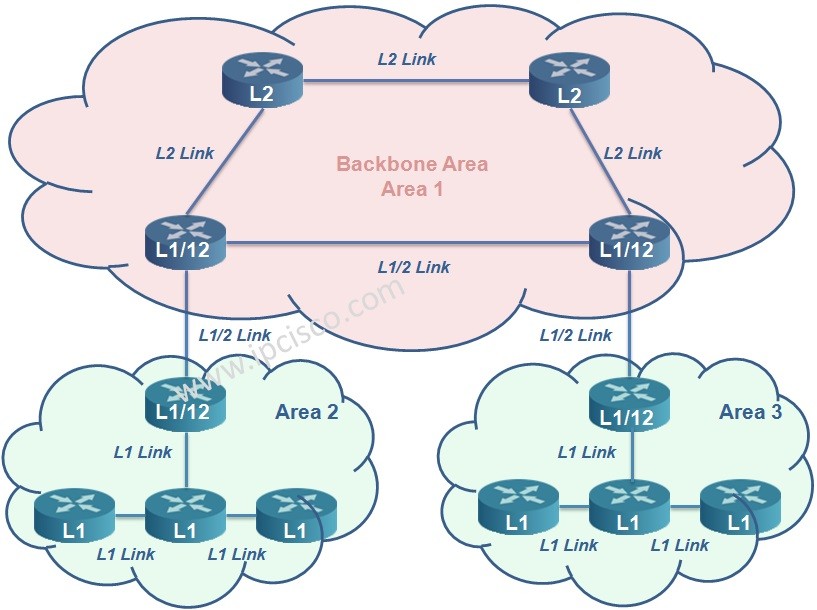 What is Routing Protocol IS-IS ?

And there is also CMNS (Connection Mode Network Service).

So, we can say that, IS-IS Protocol has three options: 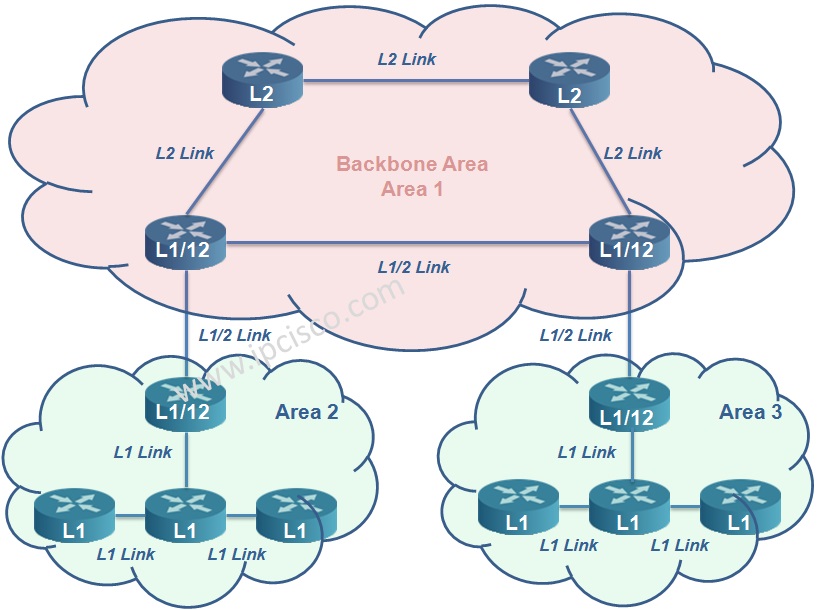 Basic IS-IS Topology
Backbone IS-IS is a little different than OSPF. IN OSPF, there is a Backbone Area 0 and all the areas connected to this area. This Backbone Area 0 is a continuous area. But in IS-IS Protocol, the backbone can consist of distinct areas that consist of interconnected L2 and L1/2 routers. But also these backbone routers needs to be directly connected and continuous.

In the Hierarchicel structure of IS-IS Protocol, different types of routers are used. There are three types routers in IS-IS Protocol. These are: