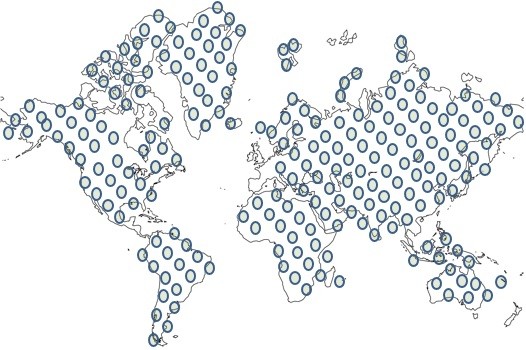 EGP is the abbreviation of Exterior Gateway Protocol. In the first place there was only one protocol, EGP, as an EGP(again). But after years it retired and now BGP (Border Gateway Protocol) is the only EGP.

IGPs give us the ability to route the traffic within an Autonomous System. But EGP allow us to route between AS(Autonomous System)s. Because of the fact that BGP(Border Gataway Protocol) is the only EGP protocol, BGP makes routing between ASs. BGP is also known as Internet Protocol. Think about it, internet is the collection of connected ASs.

There are many corporates like Cisco, Juniper and Alcatel-Lucent on internet and they have their own AS numbers. And internet is collection of these Autonomous Systems. 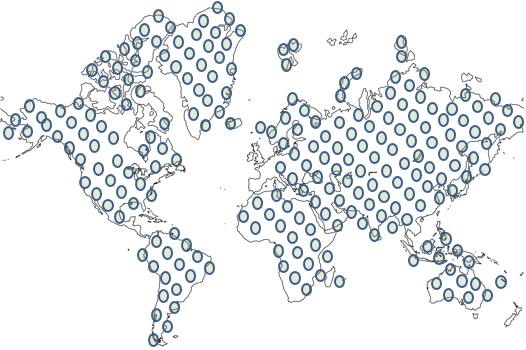 BGP Autonomous Systems on the World, This is Internet
(much more points than this green points)

An autonomous system(AS) is a network or a collection of networks that are under a single entity or organization management. And the internet is the collection of ASs.

ASs has their own numbers for identification, ASNs. Every router used in BGP, can belong to only one AS.

As we say above, with BGP we route the traffic between ASs. Every AS has an AS Number between 1 and 65535, whose 64512 – 65535 range is reserved for private use. Here, you can think the private range, like private IP blocks, they are not on internet. But the rest of the numbers are belogns to specific ASs. These ASs are different vendors’, ISPs’, etc… (You can check the AS numbers for various companies, like Cisco).

Internet Assigned Numbers Authority (IANA) is the corporate who assigns AS Numbers(ASNs) to the Regional Internet Registries (RIRs) like RIPE, APNIC, etc.. all over the world. And they assigns this numbers to the AS owners.

You can check the assigned ASNs in the following link:IANA, Assigned AS Numbers

You can check the ASNs with the company which they are assigned
in the following link:Assigned AS Numbers and Companies