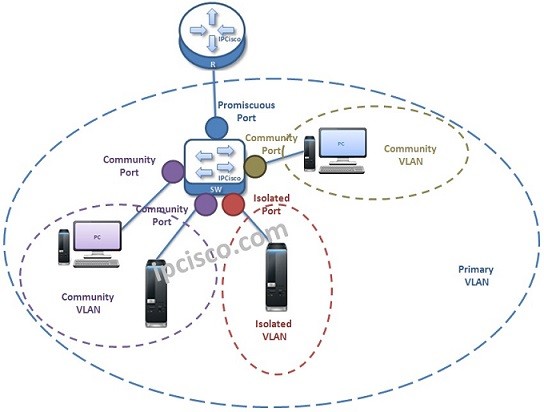 What is Private VLAN (pVLAN)

Let’s pick up all VLAN types of a Private VLANs : 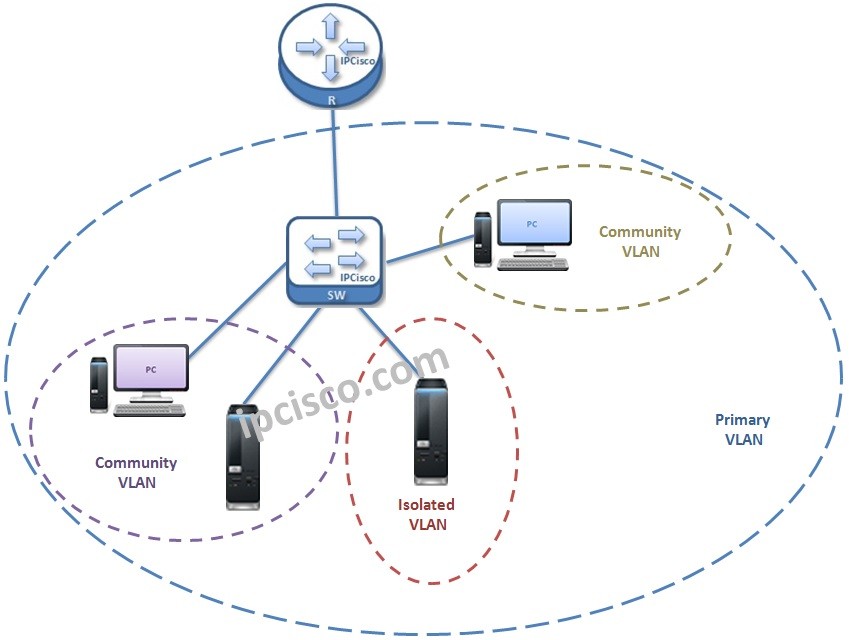 Primary VLAN is a normal VLAN as we discussed before. It is the upper VLAN now. You can use one Primary VLAN per Private VLAN and all the other port types are member of this Primary VLAN.