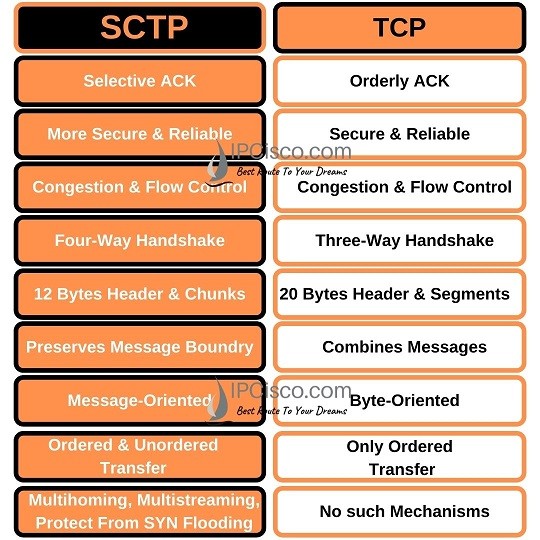 The basic answer of what is SCTP question is, SCTP (Stream Control Transmission Protocol) is a computer network protocol that works on Transport Layer of the OSI Model and TCP/IP Model. It is basically a transport protocol like TCP and UDP. But it similar and different properties that other transport layer protocols. SCTP Protocol is developed by the Signaling Transport (SIGTRAN) group of IETF (Internet Engineering Task Force). It is mainly developed for Signalling System 7 (SS7) transport over IP-based networks. The details of this protocol is explained in RFC 4960.

First of all, SCTP Protocol is a secure and reliable transport protocol like TCP. Although it inherits many properties of TCP, it has some properties of also UDP. Stream Control Transmission Protocol uses message-oriented feature of UDP and it uses reliable and ordered structure of TCP. It also uses an error-free, non-duplicated secure transfer with the help of checksums, sequence numbers and retransmission mechanism. With congestion control and packet loss detection mechanism, it is very similar to TCP. But it is a different protocol. In the following parts, we will talk about SCTP vs TCP detailly. We will learn the similarities and differences of these two protocols.

Beside inherited properties of TCP, SCTP also has new features that are very useful. For example, Stream Control Transmission Protocol provides validation and acknowledgement mechanism against attacks. It uses notifications for duplicate messages. It supports Multihoming and by doing this provide a redundant network topology. There are more properties that makes SCTP a better protocol than TCP.

First of all, let’s start with the similarities of these two network protocols.

Both of these protocols need connection before sending data. They are connection-oriented protocols. They use different steps messaging for session establishment.

Both TCP and SCTP Protocol are secure protocols. They used for the applications that need more security.

Now, let’s focus the differences of TCP and SCTP.

Stream Control Transmission Protocol supports Multihoming and Multistreaming. There is no support for these in TCP mechanism.

Stream Control Transmission Protocol provides extra security mechanism towards security attempts. It provides towards SYN flooding attacks. There is no mechanism for this in TCP.

The header part of TCP is 20 bytes. While Stream Control Transmission Protocol has 12 bytes long header. The checksum part of TCP is 16 bytes and this is 32 bytes for SCTP Checksum.

STCP Packet consist of two main parts as Header and Payload. The Header is common but the Payload consist of variable Chunks. These chunks are used for various purposes.

Common STCP Header is 12 bytes long and it consists of the below parts:

The meaning of these SCTP Header parts are given below:

Verification Tag is a 32-bit random value which distinguish the packets form the previous connection. 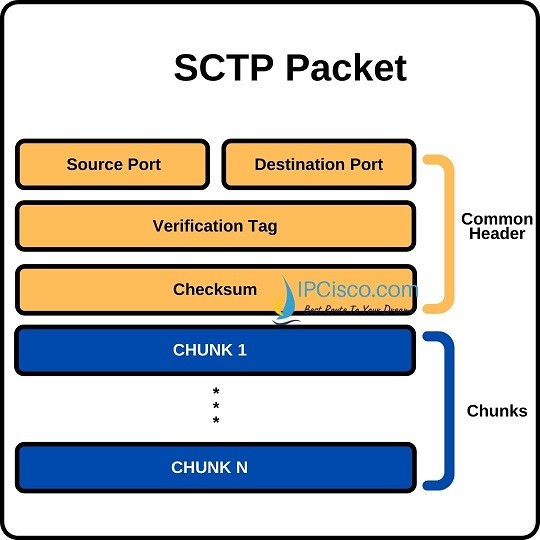 STCP Payload part consist of different STCP Chunks. These chunks have some common parts. These are:

The meanings of these Chunk parts are given below:

Length shows size of chunk including chunk header. It is 2 bytes long. 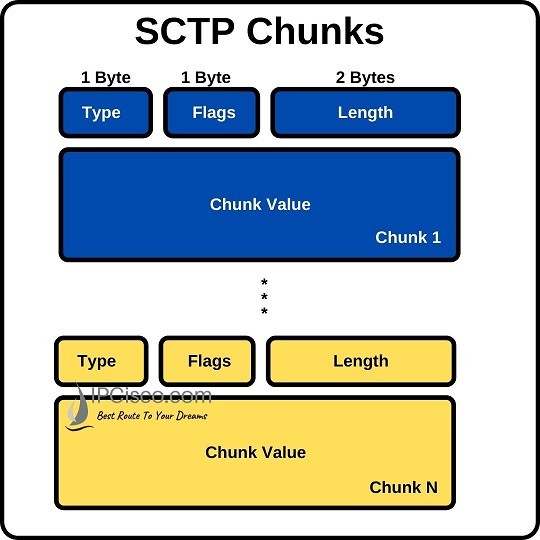 Below, you can find different Chunks and their roles in SCTP Communication:

SACK Chunk: Acknowledges received DATA chunks and informs the peer endpoint of gaps in the received subsequences of DATA chunks

ABORT Chunk: Forces an immediate close of an association

SHUTDOWN Chunk: Initiates a graceful close of an association 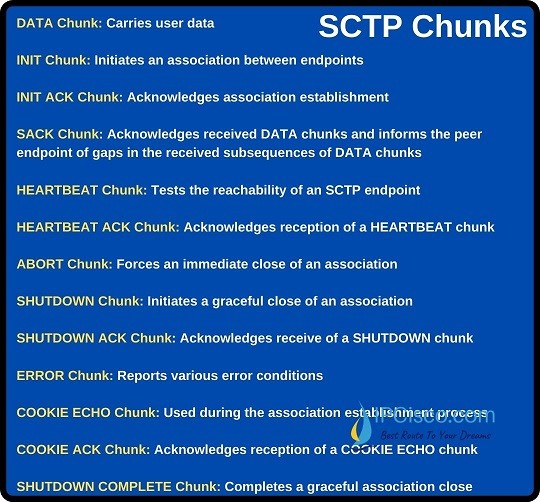 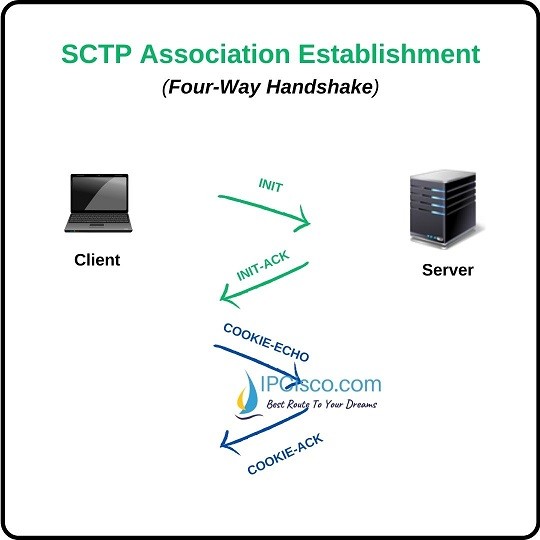 So, let’s explain SCTP Four-Way Handshake mechanism with the above shape.

Here, A sends an SCTP packet that contains INIT Chunk. The other end, B receives this and replies with a packet that contains INIT-ACK Chunk. Both of these Chunks can include one more IP addresses according to the source. With these INIT Chunks, number of outbound streams supported by this association is determined. Beside maximum inbound streams accepted by each end is mentioned.

After these two messages, two additional packets are sent each other to establish the SCTP Protocol Association. These packets are the packets that includes COOKIE ECHO and COOKIE ACK. These   messages are used against security attacks.

After the establishment, both ends can send data each other. Stream Control Transmission Protocol mechanism monitors this connection by sending periodic SCTP packets that contain HEARTBEAT Chunks.

How about shutting down this SCTP Association? As you remember, to shut down a TCP connection, we need Four-way Handshake. This time, Stream Control Transmission Protocol need three message and close the connection with three messages. These messages are given below: 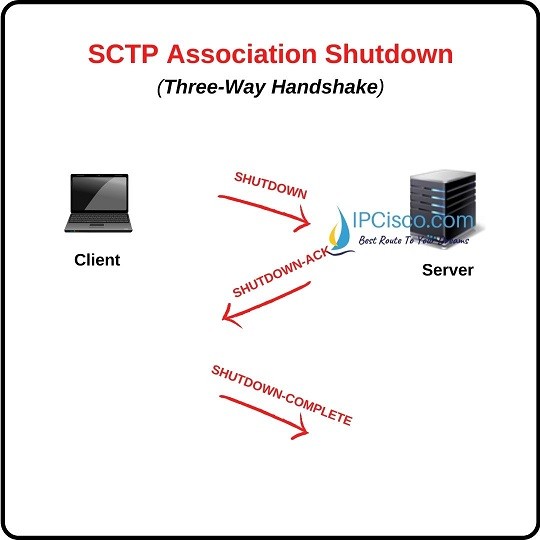 There are different key features are coming by using Stream Control Transmission Protocol as transport layer protocol. In this lesson, we will talk about these STP key features. So, what are these features? These are:

BECOME A MEMBER
Back to: CCIE Enterprise Infrastructure