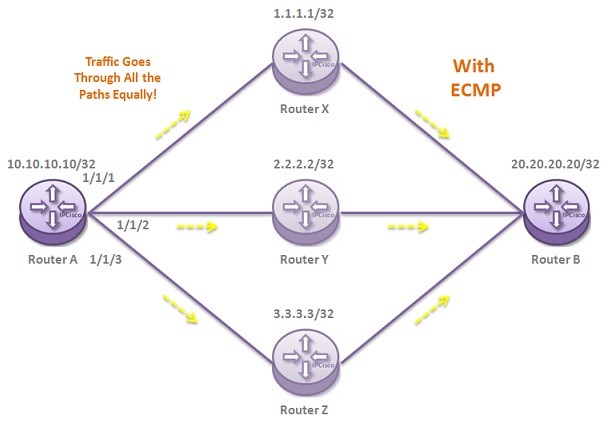 In this lesson, we will talk about ECMP (Equal Cost Multipath) Configuration on Nokia Routers. To explaint ECMP better, we will use the below MPLS Topology. 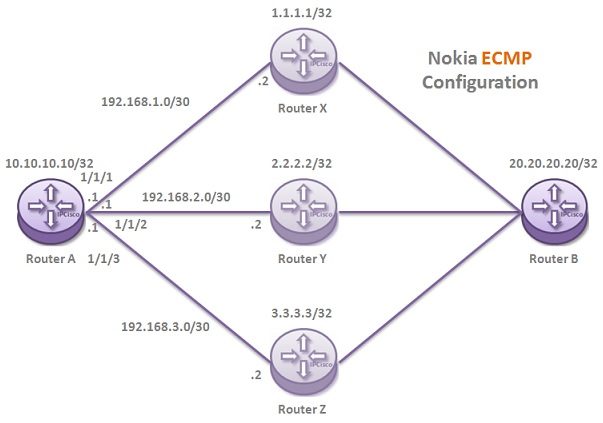 As you can see, from Router A to Router B, there are three different ways. Normally, without ECMP, the MPLS traffic from Router A to Router B, go through one of these paths. This path is the “Best Path” that is elected by your Routing Protocol. This path is showed in FIB (Forwarding Information Base).One of these paths is elected and the LDP Tunnel is established only over it. Can you see? How an inefficient use! 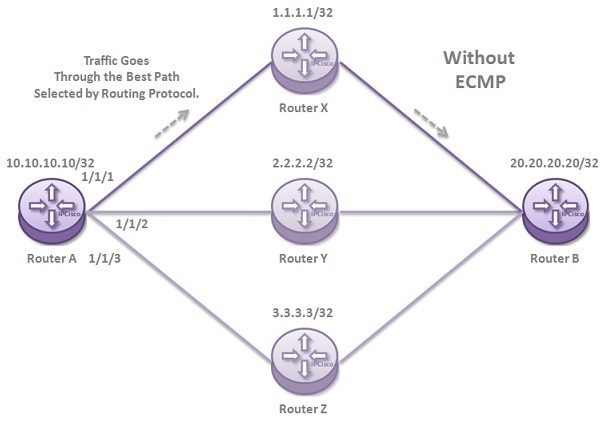 In such situations, ECMP comes to help us. With this ECMP mechanims, we can efficiently use our paths towards to a destination. It allocated the traffic between the available links equally.
Here, our ECMP configuration, MPLS traffic will go through these three paths. With this mechanism.

Before configuring ECMP, let’s check the FIB and LDP Bindings.

On FIB, only the Best Path exists.