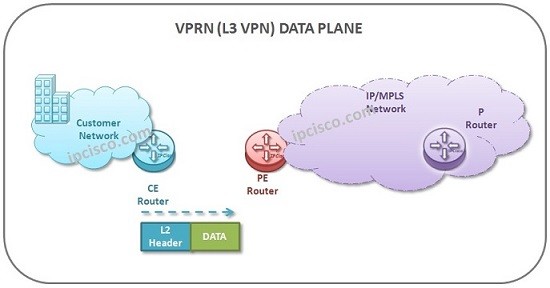 L3 VPN Data Plane is the place that the traffic is sent and received generally. As we mentioned before, CE devices are the devices that are not MPLS capable.They do not know labels. So, they send the data to the PE device as unlabeled. 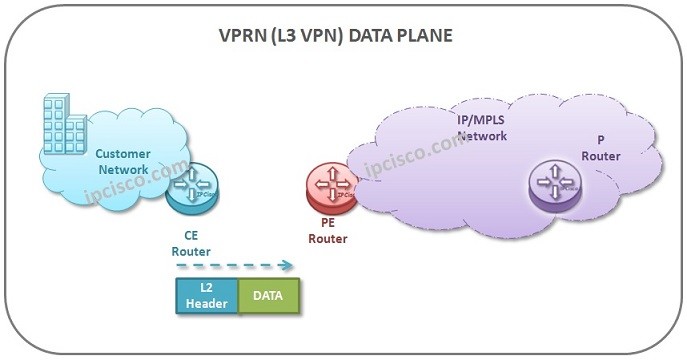 PE router get this packet and add a pre-determined VPN (Inner) Label to each packet. This PE router has learned this VPN Label via MP-BGP before. PE router also add a Transport (Outher) Label to the packet. This is learned via LDP. This processes are “Push Process” of MPLS Labelling. 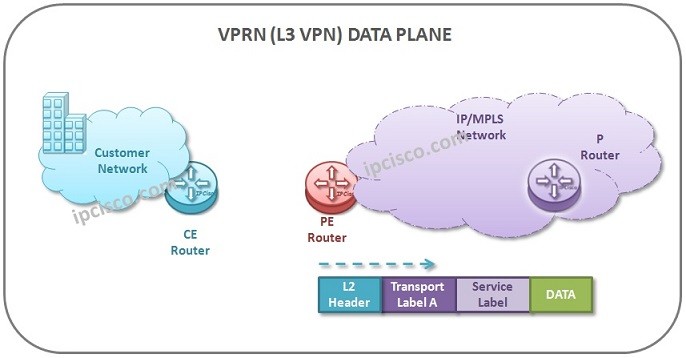 Here, there is a Label Stack and this label stack consist of Transport (Outher) and VPN (Inner) Labels. This is the beginning point of the Layer 3 VPN Service path, LSP.

P routers exchange only the Outher Label of the packet between them. This is “Swap Process” of MPLS Labelling. They exchange the packets according to the packet destination., the destination PE. 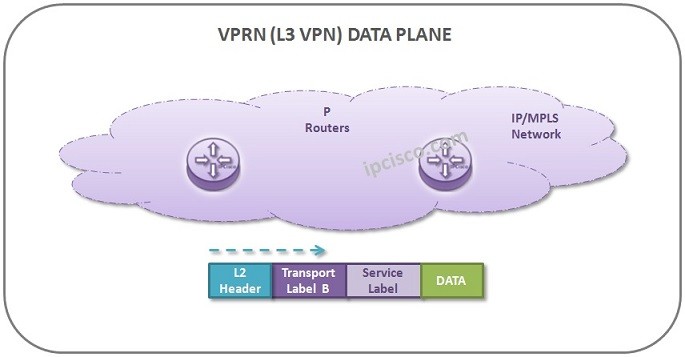 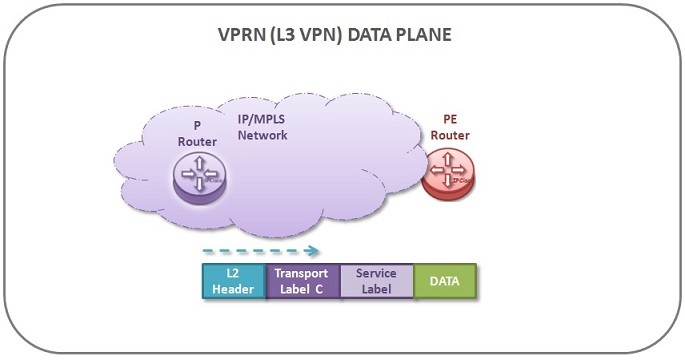 When the packet reaches to the destination PE, firstly Other Label is removed and with VPN Label, the destination L3 VPN is determined. Here is the end of LSP. VPN Label is also removed. This Label removing is the “Pop Process” of MPLS Labelling. Latly, unlabeled packet is sent to the CE device. 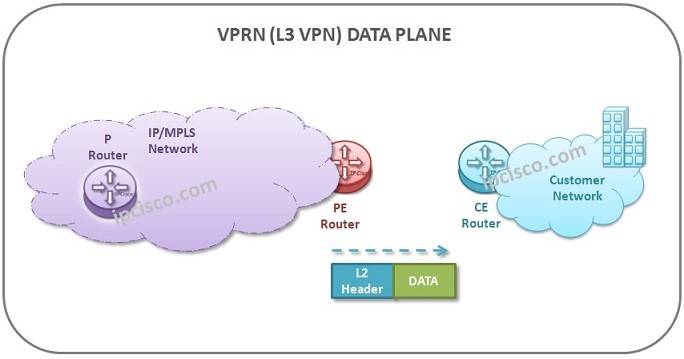 This is basically L3 VPN Data Plane Operation. The main aim is forwarding data. So, this Data Plane is also called Forwarding Plane in L3 VPN.