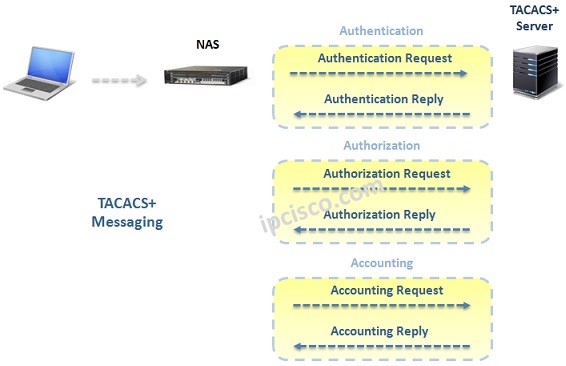 The main duty of TACACS+ is providing device administration. It can also used for netwok access. With this AAA Protocol, network administrators are authenticated to log in the network devices like router, switches, firewalls, etc. in the network.

TACACS+ is also a Client/Server protocol. For different duties (Authenticaiton , Authorization, Accounting), different messages are used between Server and Client. One side is the Client side and the other is the Server side. The messaging between these two end build the session.

TACACS+ uses TCP (Transmission Control Protocol) as a Trasnport Protocol. The TCP Port that is used for this protocol is 49.