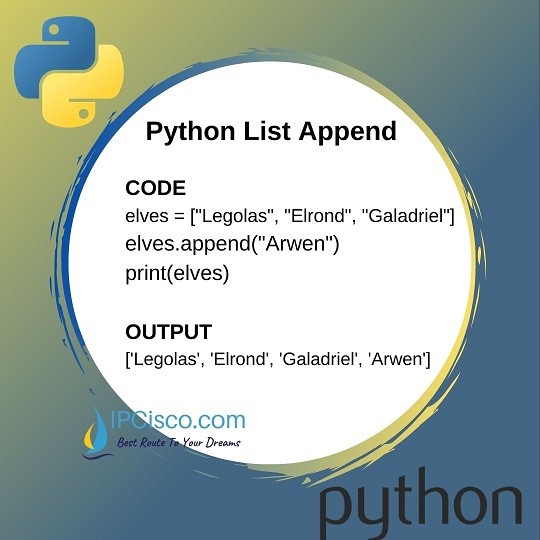 In this Python lesson we will focus on python Append() method and we will see how to do Python list add. In other words we will learn how to put a new member at the end of the list. Here, we will use append method to do this.

Let’s do an example for python list add function and learn this method better.

With this code, a new string member will be in our string list.

Let’s do the similar example with a number list.

The output of this list append example will be:

BECOME A MEMBER
Back to: Python Programming Course > Python Lists