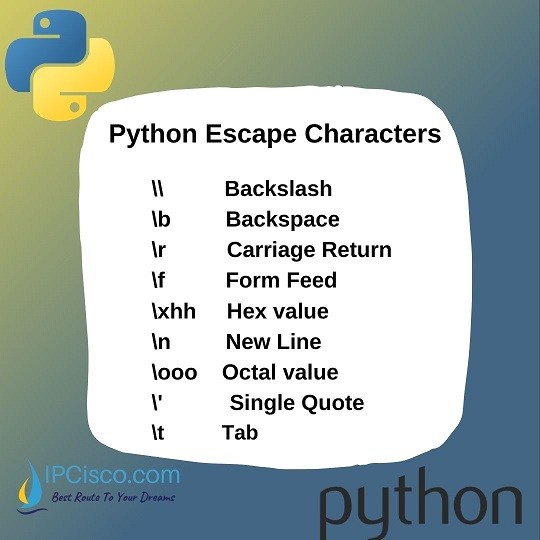 An escape character is backslash (\) that is followed by the special character that you would like to insert.

For example, using double quotes is prohibited in a python string. But with escape character, we can print this character. Let’s give the below example for this case.

The above python code will give an error. Because we use two double quotes in the string and we do not mentined this with escape characters.

You can also check How to Split Python Strings

The output of this message will belike below:

The output of this code will be like below: 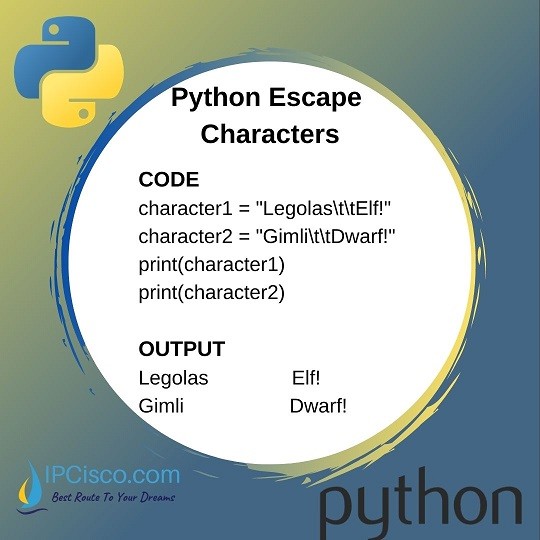 You can also learn How to Compare Python Strings

Let’s do a last example for single quote. 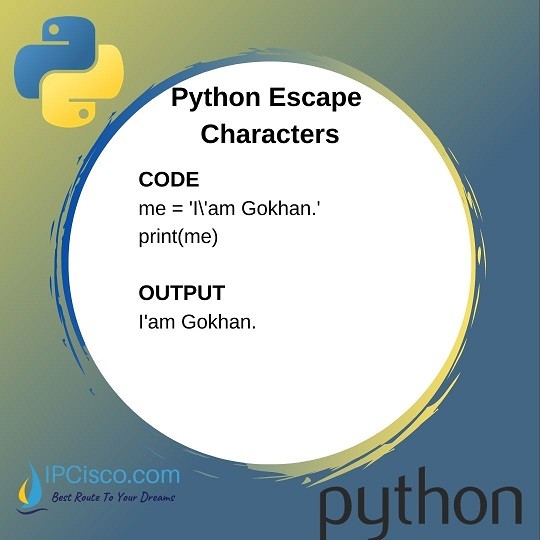