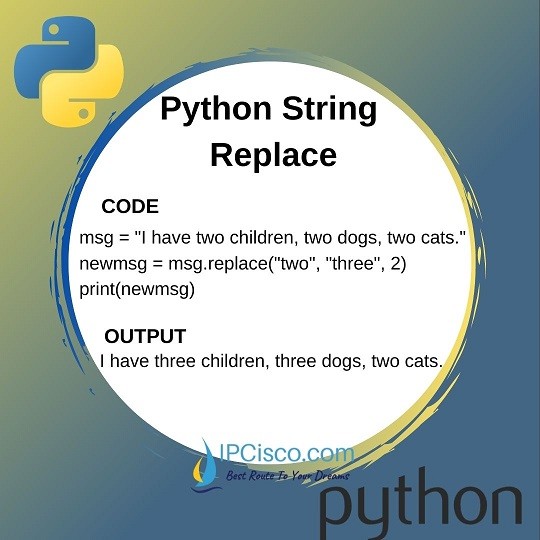 Python String Replace is one of the most used string functions in Python. With the help of this python replace() method, we can change any string with another string. Especially in some search and replace algorithms, Replace method is very useful. Here, we will focus on replace() method.

There are three paremeters of python replace() method. These are:

You can also learn all the other methods of Pythonstrings

Let’s see the below example. In this example, we will use “Paris” as old parameter and “Istanbul” as new parameter. We will not use the third count parameter here.

The output of this Python String Replace example will be like below: 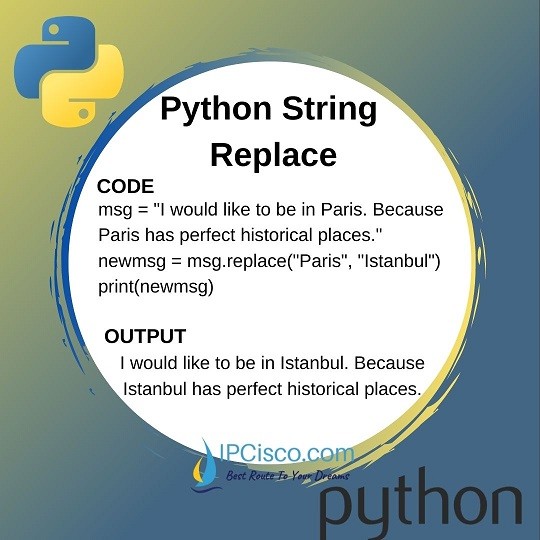 Now, let’s do another example, with which we will also use count paremeter of string replace function. Here, we will change two word with three but only for two times.

So, the output of this Python Replace code will be like below:

As you can see here, only the first two words are changed as three. And the last one is remaining.

In this lesson, we have learned Python String Replace method. This function is lone of the wideley used functions in python. You can use this function in any of your codes for variety of purposes. Especially for correcting something, replace function is widely used.