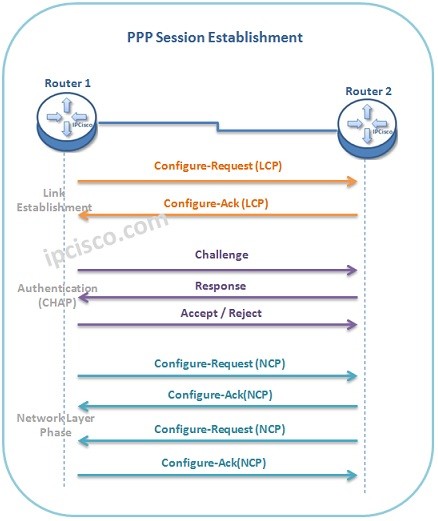 In this lesson, we will learn both HDLC and PPP Protocols one by one. Now, let’s go to each of them and learn the basics of these WAN protocols.

HDLC (High-Level Data Link Control) is a Layer 2 WAN Encapsulation Protocol that we use it on Syncronous data links. It is the simplest WAN Protocol that can connect your remote offices over leased lines.

Cisco HDLC is the default enabled WAN protocol of Cisco for Point-to-Point WAN links. And we can use Cisco HDLC only between Cisco devices. Other vendor devices can not use Cisco HDLC.

PAP (Password Authentication Protocol) is the simplest Authentication method. It uses 2-way handshake. Both end send the passwords in “clear text” in this method. And passwords are exchanged only at the beginning. 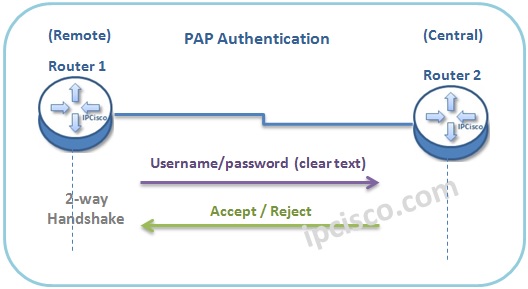 CHAP (Challenge Handshake Authentication Protocol) is the more complex Authenticaion method. CHAP uses 3-way handshake and with this mechanims it checks the remote node periodically. CHAP uses MD5 hash. One end sends “Hash” to other node and the other node also sends a hash. If the hashes are same, then the communication starts.

BECOME A MEMBER
Back to: HCNA > WAN Protocols
Comments are closed.