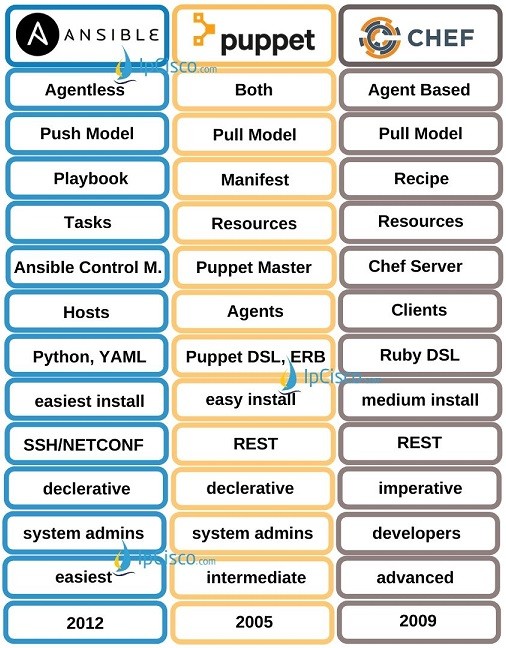 Some of these automation softwares has advantages over another one. They have both similar and different characteristics, features. So what are these similarities and differences? Let’s check each of them one by one.

Another important difference is about the mechanism used by these Automation systems.If we check Ansible vs Puppet vs Chef, Ansible uses Push mechanism while Chef and Puppet use Pull mechanism.

As we have talked about before, there are different files are created before operation in Network Automation softwares. The third difference is about these files. Ansible uses Playbook that contains what to do.  Puppet uses Manifest for this role. And Chef uses, Recipe to list the network automation actions.

Another one is abut directives. For directives, Ansible uses Tasks. Puppet and Chef uses Resources term.