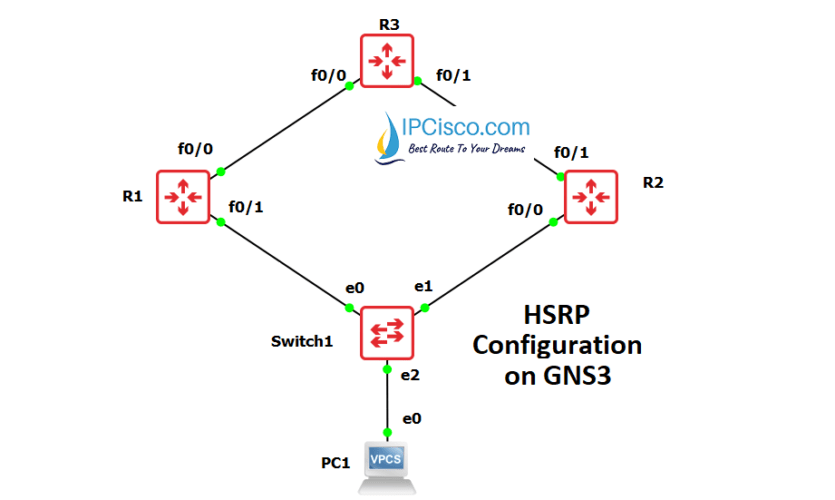 HSRP (Hot Standby Router Protocol) is one of the First Hop Redundancy Protocol (FHRP) that is Cisco proprietary. To configure HSRP on Cisco devices, there are specific configuraiton commands. In this lesson, we will learn HSRP Configuration, on Cisco routers. 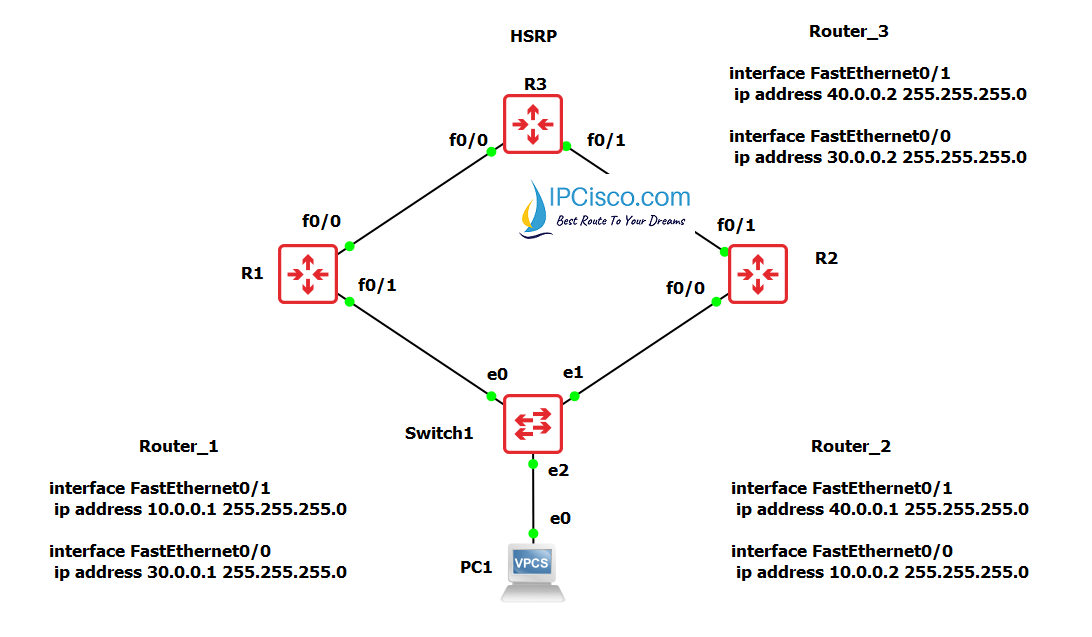 On Router 1, at the beginning, we will configure the interface ip address. After that we will start HSRP Configuration. Firstly, we will assign HSRP Group Number as 10. Then, we will assign a Priority value as 110. As you know, by default HSRP priority is 100. And the router that has the highest HSRP priority is elected as Active Router. After that, we will usee “preempt” command to open preemption. Laslty, for tracking, we will assign a decrement value for a link. If a failure occurs in this link, then priority value will decrease and this will effect Active router selection.

We will configure Router 2 like Router 1. Here, we will only not used a tracking command and give a different HSRP priority value. The physical interface of this router will be different but the Standby IP address will be the same of Router 1.

To verify our Cisco HSRP Configuration, firstly we will use “show standby brief” command onn R1 and R2. With this command, we will see the  Active and Standby routers. As you can see below, R1 is the Active Router.

And, R2 is the Standby router, in other words, backup router.

The traffic will traverse via R1, because R1 is the Active router..

To test our HSRP Configuration during a failure, we will shut down fa0/0 interface of R1 . Remember, we have track configured in HSRP for fa0/0 whose action is to decrement the priority value by 20 when the interface goes down.

After this shutdown, Router 1 fa0/0 interface HSRP priority will decrement 90 from 110. And this will make Router 1 as new Standby router. Because, Router 2 has priority value as 100 and this is higher that the new priority value of Router 1.

As you can see below, Router 2 is now in Active state.

And if we use, trace command to check the traffic way, we will see that, traffic will go through Router 2.