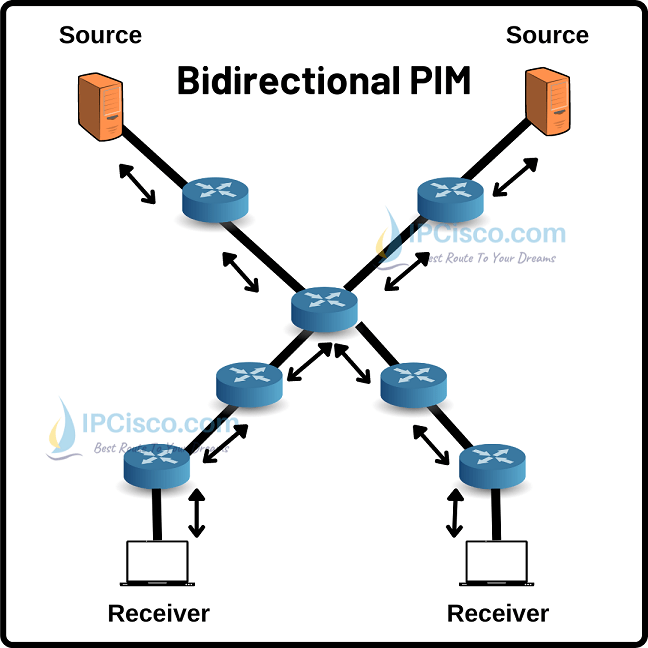 What is Bidirectional PIM?

Bidirectional PIM is basically an enhancement to Protocol Independent Multicast. With this enhancement an efficient communication is provided in PIM domain. Basically, traffic flow can be in both directions in Bidirectional PIM. All sources are also receivers potentially.

In previous PIM modes, for example in PIM Sparse Mode, communication between source, Randevous point and receivers is not too efficient. Especially if you have too much multicast sources and resources like gaming, video conferencing, then you need more system resources. And using PIM-DM and PIM-SM consumes a lot of system resources. To overcome this issue, Bidirectional PIM has developed.

Again, unlike PIM Sparse mode, the communication direction is different with Bidirectional PIM. In Sparse mode, the multicast traffic is sent through downward on shared tree. In other words, it the traffic is sent from Randevous point to the receivers. Because, we need PIM registration and register stop messages for this communication in PIM Sparse mode. But in Bidirectional PIM, we do not need these messages. Any receiver can receive traffic from Randevous-Point and it also sent traffic to Randevous point any time.

How is DF election? There are two parameters for DF election. To elect it, firstly, the metric value to the Randevous-point is determined. The router that has the lowest metric to the RP, is elected as Designated Forwarder. If the metrics are same, there is a tiebreaker. This is the ip address of the router. The highest IP address win this election and elected as DF.

You can test your IP Multicast Knowledge with Multicast Questions!

Firstly, receiver informs its directly connected router with IGMP message. This message informs the router about the group from which receiver want to get multicast traffic. 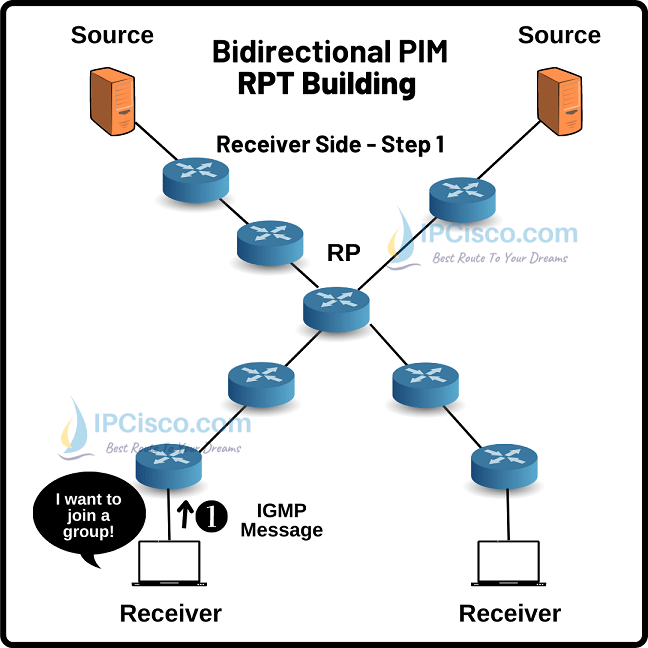 When the router receives this IGMP message, it sends a Join Message hop by hop to Randevous-Point (RP). Each router on the way to RP, receives this message and forward it to RP. 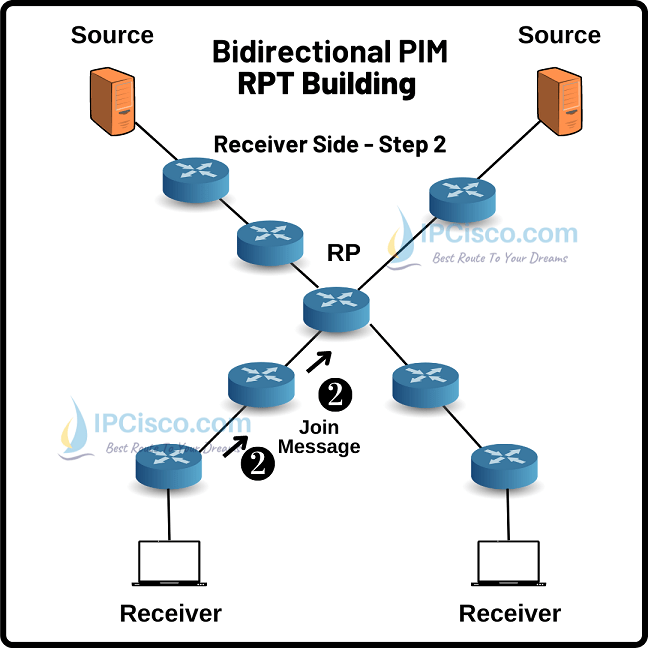 From the receiver’s directly connected router to Randevous-Point (RP), RPT is built. Every router from this router to RP, adds (*, G) to their forwarding table. 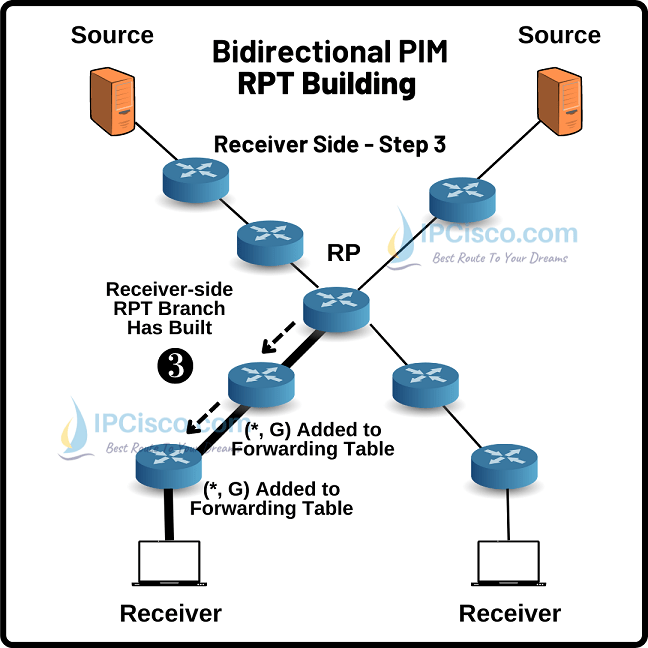 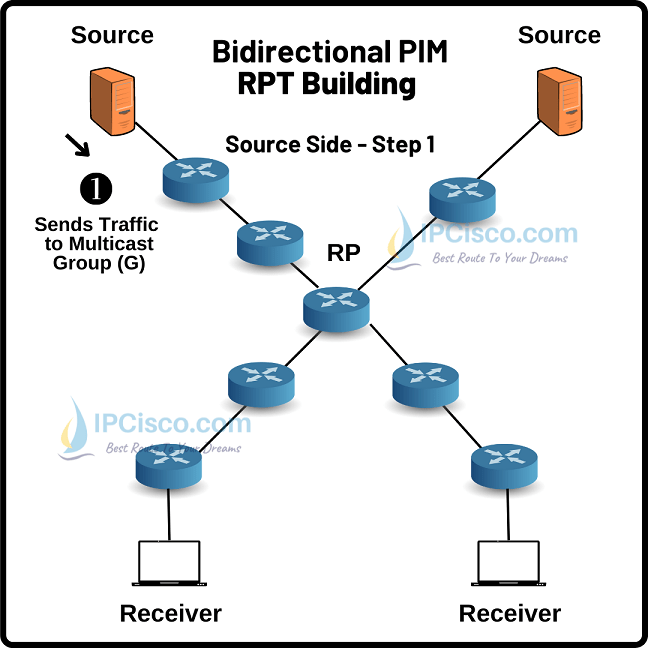 DF (Designated Forwarder) on each segment forwards these packets to Randevous Point (RP). AS you remember, on each segment a DF is elected. This is the router which has the lowest metric to RP (If metrics are equal, the router that has the highest IP address become DF). 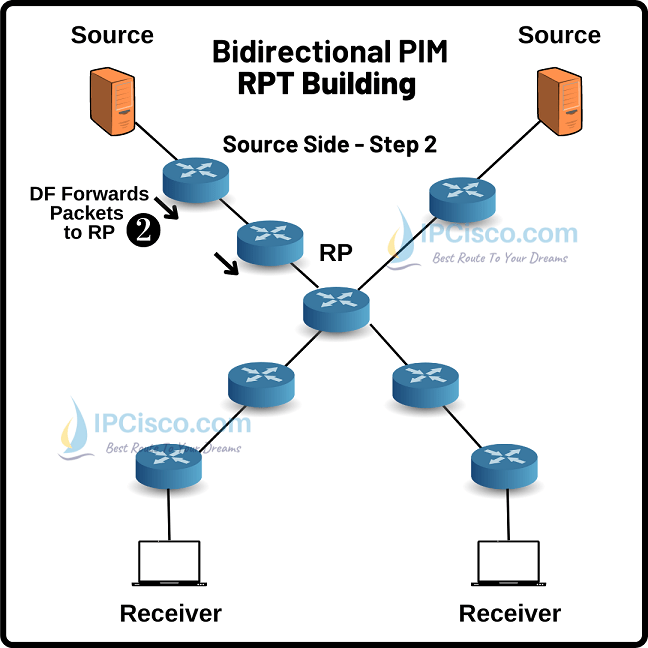 The source RPT is built and each router from source to randevous-point add (*, G) entry to their forwarding table. 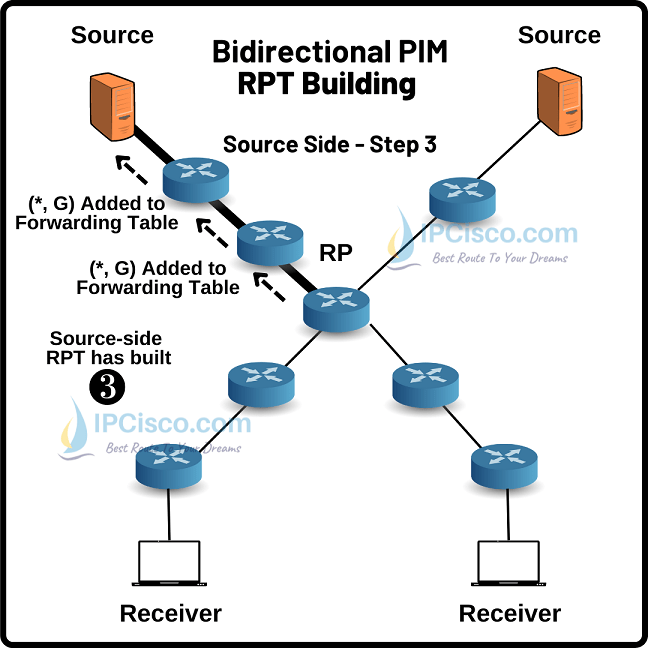 After this process, source sends multicast traffic to RP through source side RPT and RP forwards this traffic through receiver side RPT. 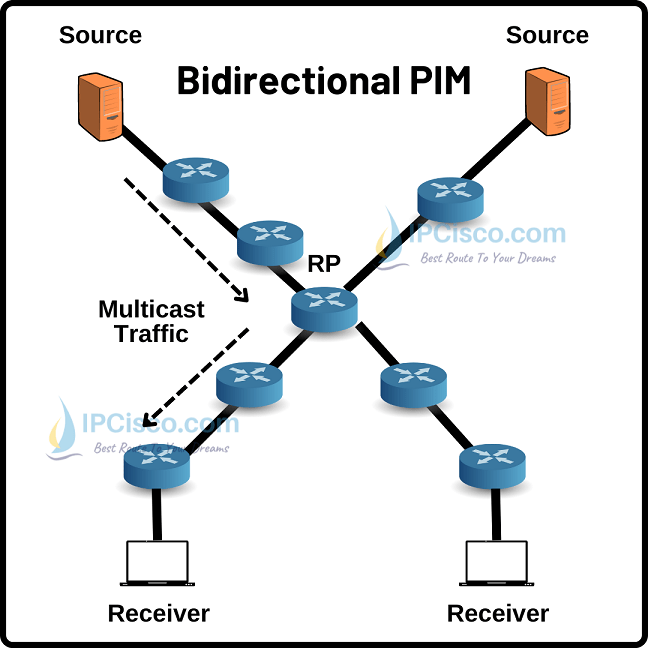 BECOME A MEMBER
Back to: CCNP Enterprise 350-401 ENCOR > Multicast Protocols