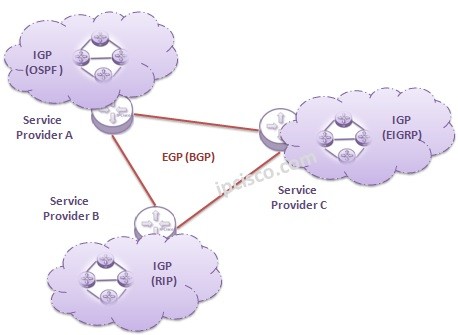 Routing Protocols can be divided into different categories according to their purpose and their operation behaviour. Here, we will see these categories and the types of these protocols in networking.

Routing Protocols According to Purpose

If we divide these protocols according to their purpose, there are two types: These are:

What are these IGPs (Interior Gateway Protocol). The generaly used IGPs in Today’s network worl are given below:

You can view Administrative Distance values of Routing Protocols for different vendors like Cisco, Nokia, Juniper and Huawei

Routing Protocols According to Operation Style

Distance Vector protocols view the network from the neighbour perspective. All routers send frequent updates to their neighbors. This consumes more resources.

You can find the all differences of Distance Vector and Link State Protocols in the below table: 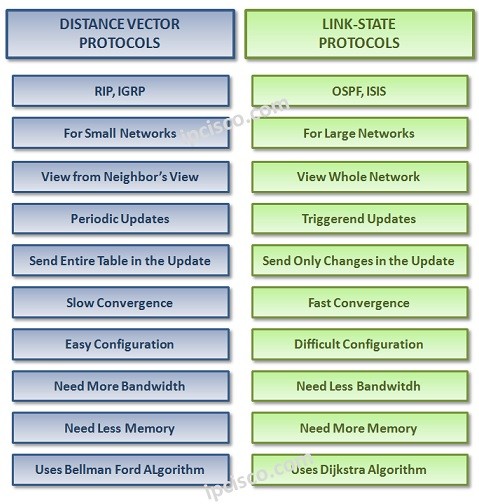 Path Vector Routing Protocol is BGP. BGP Uses Policies instead of Algorithms. It is a slow protocol because of path exploration. For loop free mechanims, it relies on not distance like Distance Vector Protocols. Instead it uses Path analysis.

We can also divide Routing Protocols into two according to used Routed Protocol (IPv4 or IPv6). These types are also explained in an other lessons. So, here we will only give the type names.