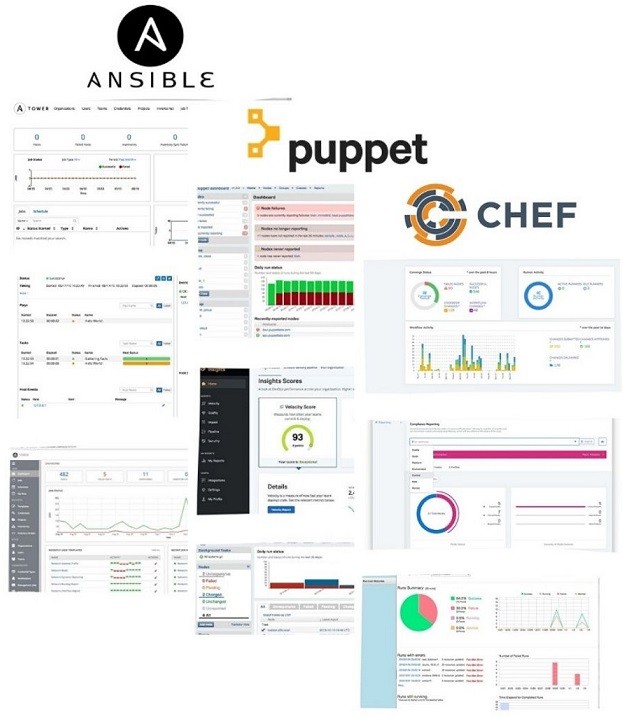 We will talk about Ansible, Puppet and Chef in a specific lesson. Here, we will focus on general functions of Network Automation Tools.

Here, there is an important term named “Configuration Drift”. This term used to mention the configuration differences between the devices that has the same role in your network over time. As you know, network operations need operational configuration sometimes. This can be becasue of normal network operations, a customer request or the reason of this changes can be troubleshooting. Over time, changes on different network devices that has the same role on your network causes big differences between the device configurations. To mention this changes “Configuration Drift” term is used. 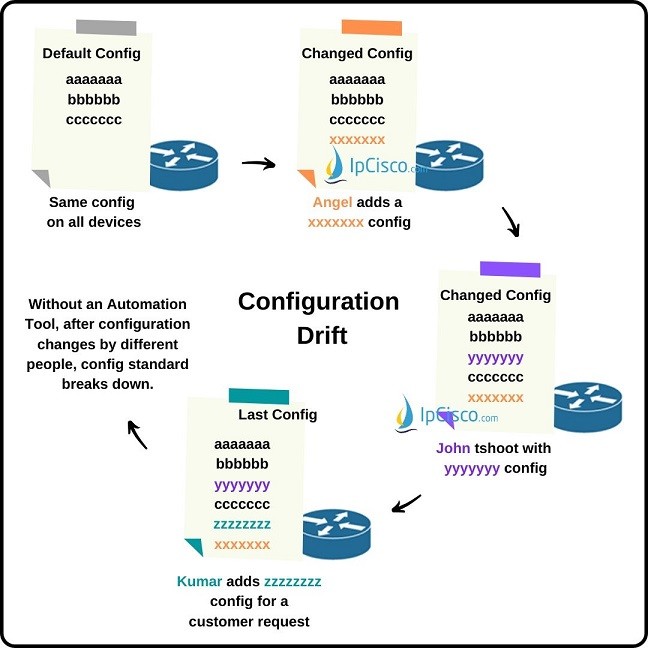 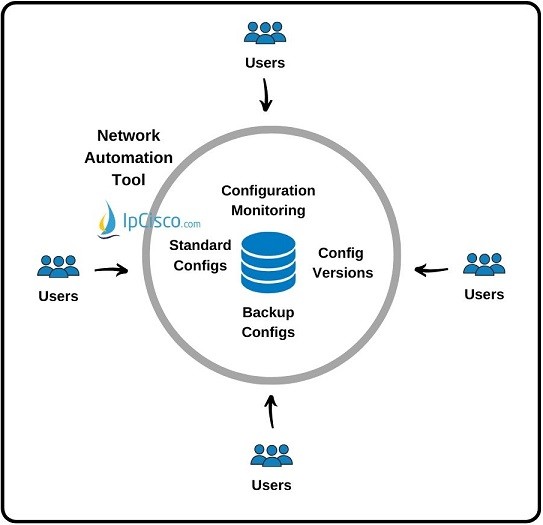