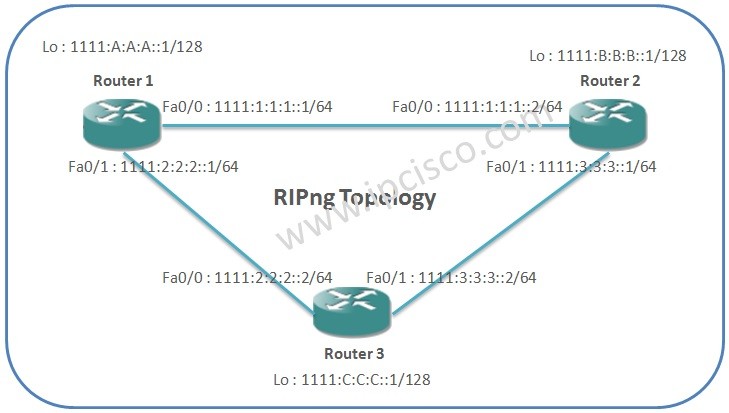 RIPng (RIP Next Generation) is the Next Generation IP, IPv6 available next level protocol of RIPv2. In modern large networks, generally RIP is not used and also RIP Next Generation. But as a basic protocol, it is still used in many small networks. Here, we will focus on theorical part of this lesson. If you would like to learn RIPng Cisco Configuration, you can check that lesson also.

Basically, the characteristics of these two version is same. As we discussed before in the RIP article, RIP Next Generation has the below similar characteristic as RIPv2:

RIPv2 is the protocol that is used with IPv4. With this new version of RIP, RIP Next Generation, IPv6 addresses are supported. The neighbourship is established with the IPv6 addresses.

Here, with the support of the IPv6 addresses, some of the commands are added to the Cisco IOS. So, similar but different commands are used for RIP Next Generation.